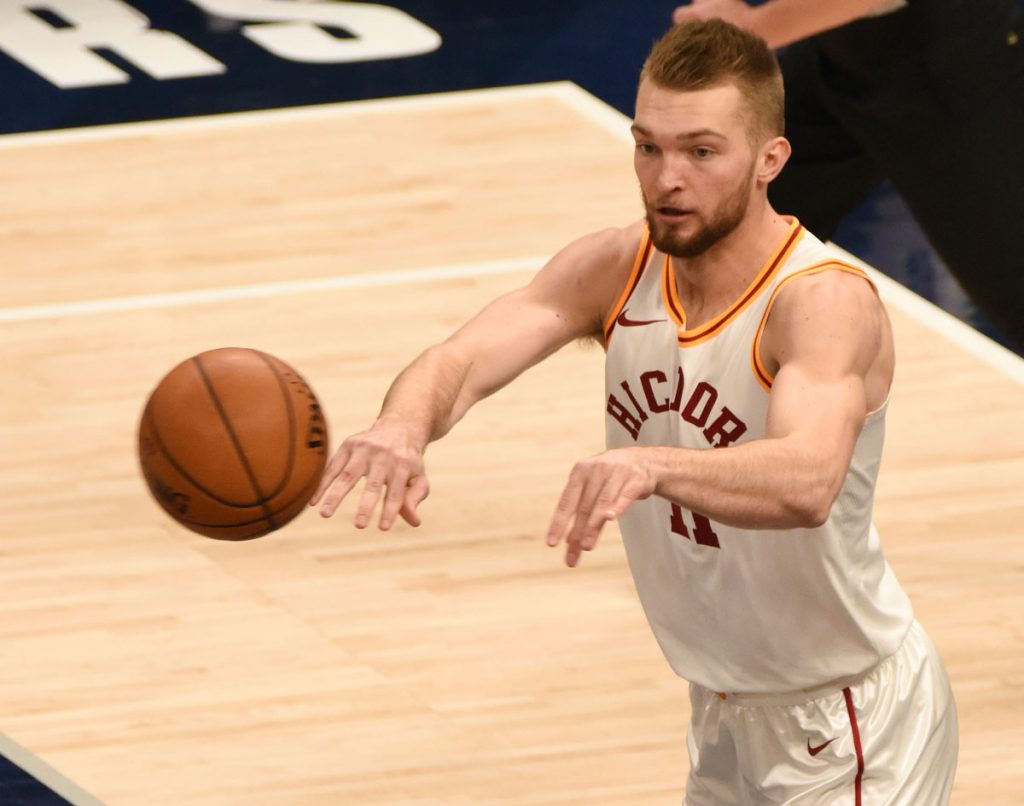 Team officials completed the deal Monday, less than two hours before an NBA deadline would have allowed players with rookie contracts to become restricted free agents next summer.

The Pacers did not announce financial terms of the deal though ESPN.com first reported it was worth $77 million in guaranteed money and Sabonis could make as much as $85 million with bonuses.

A message was left by The Associated Press with Sabonis’ agent, Greg Lawrence.

“I’m very excited to remain with the Pacers, this is where I wanted to be,” Sabonis said in a statement. “I appreciate the organization showing their confidence in me, and I’m ready to be part of what’s going to be a great year for our team.”

It’s dramatic turnabout from last weekend when reports surfaced Sabonis soon could be on the trading block.

But now the Pacers have four of this season’s projected starters under contract through at least 2021-22.

Center Myles Turner, last season’s NBA blocks champion, signed his four-year extension worth $72 million last October. Point guard Malcolm Brogdon was acquired in a sign-and-trade from Milwaukee this summer after agreeing to terms on a four-year deal worth $85 million. Small forward T.J. Warren also was acquired in at trade this summer, from Phoenix, and still has three years remaining on what was originally a four-year deal worth $47 million.

The contract of two-time All-Star Victor Oladipo, expires after next season.

Oladipo is still recovering from a torn quad tendon in his right knee, which forced him to miss the final three months last season. He’s recently ramped up his activity during practices but is not expected to see any game action until at least December.

But in the midst of a major offseason overhaul, the Pacers became convinced that putting Sabonis at power forward and using a more traditional lineup with two big men on the floor could work.

So Monday, Pacers president of basketball operations Kevin Pritchard made it clear this was not just an experiment. Instead, he made a hefty investment to give the lineup a chance to work.

“We love the toughness that Domantas brings to our team, and we can’t wait to see him play in his expanded role this year,” Pritchard said. “He’s had so much growth in his career and we’re excited for what that means for his future, as well as the future of our team.”

Sabonis started 66 games as a rookie in Oklahoma City before he being traded to Indiana, with Oladipo, in a swap for Paul George.

With Indiana, Sabonis has made steady progress.

He averaged 11.6 points and 7.7 rebounds in his first season with the Pacers — a significant improvement over his rookie season in 2016-17. And last season he finished as the runner-up for the NBA’s Sixth Man Award after averaging 14.1 points, 9.3 rebounds, 2.9 assists and 0.6 blocks — all career highs.