Home » Poor results send Colts into another offseason of uncertainty 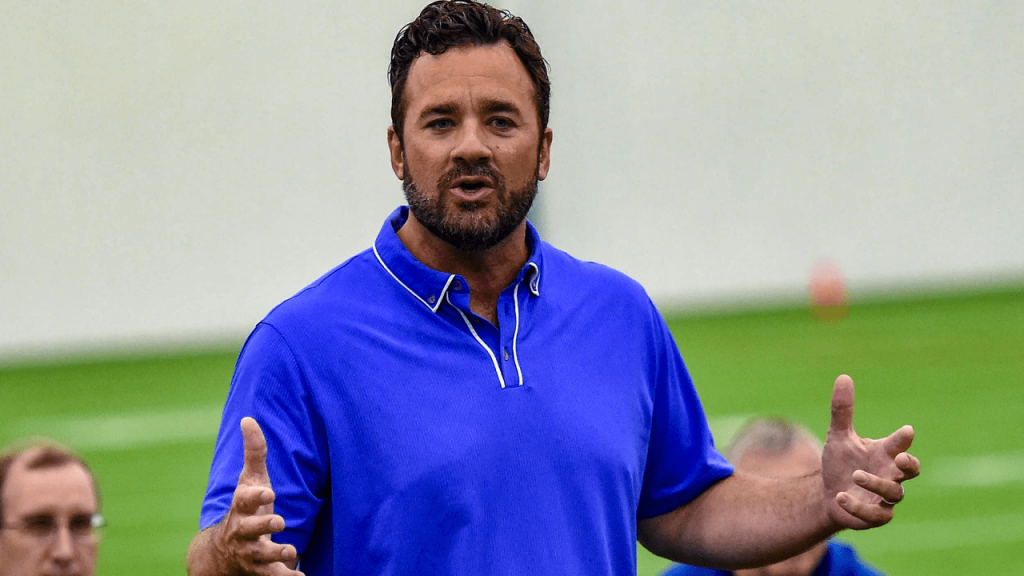 Jeff Saturday spent Monday thanking players for their effort over the Indianapolis Colts’ final eight games and making a case to keep his coaching title—minus the interim tag.

He’ll get that answer and others in time. First, this franchise must figure out what’s next.

One day after finishing a dismal 4-12-1 season with another last-minute collapse, the Colts began trying to determine what went wrong, what must change and who returns from what appears to be an uncertain and perhaps tumultuous offseason.

“It was a tough year,” 37-year-old quarterback Matt Ryan said. “Personally, for the team, I think for all of us, it was hard and disappointing. We came into the season with high expectations. The season didn’t work out the way we thought it would. I think all of us need a little bit of a break.”

They’re getting a longer vacation than expected after missing the playoffs for the third time in four years. Indianapolis has only one postseason win since reaching the AFC championship game in the 2014 season.

But there’s a larger problem.

Indy almost certainly will start its seventh straight season with a new starting quarterback and this season, the instability proved costly.

In October, the Colts benched Ryan for the first time and fired offensive coordinator Marcus Brady. In November, owner Jim Irsay fired Frank Reich, the play-calling coach, and brought in Saturday, the popular former Colts center who was working as an ESPN studio analyst.

Nothing really changed, though.

After winning his first game at Las Vegas, Saturday and the Colts lost their last seven to secure the No. 4 overall draft pick in April—and perhaps a new franchise quarterback.

So who will be running the show next fall? Some players praised Saturday for the job he did under challenging circumstances. But Irsay and General Manager Chris Ballard might look to someone who has a stronger resume and better track record.

Irsay also has promised to conduct a full search that will comply with the Rooney Rule even though he has indicated Saturday will be in the mix.

“Head coach is unknown until the interview process goes forward,” Irsay said in a recent ESPN interview. “I will go into it open-minded, looking for the best direction for us to win. Jeff, I believe, is an outstanding candidate.”

But hiring a coach, or keeping Saturday, will only be the start.

If Irsay also keeps Ballard as general manager, as Irsay has said, Ballard must solve the mystery of an offensive line that went from strength to weakness seemingly overnight. Indy allowed the second-highest sacks total (60) and finished 23rd in rushing (109.8 yards).

“We just could never get the run game going and that was kind of the Achilles’ heel,” center Ryan Kelly said. “There were a lot of communication breakdowns when it comes to protection, you just wish there were a lot of things you could do better. There were just a multitude of situations and we’ve just got to play better next year.”

While Saturday continues to say he wants to keep the coaching job, he downplayed the team’s record under his leadership. Instead, he talked about having a short-handed coaching staff and why his situation differed from that of Carolina interim coach Steve Wilks, who went 6-6 after replacing the fired Matt Rhule.

And though he didn’t provide specifics, Saturday explained things would look quite different next season if he is back.

“From the audition perspective, I’ve learned and I’m hoping that those lessons are valuable to say ‘Hey, I’ve seen the inner workings of what I like and don’t like’ and I can make adjustments in that,” he said. “There’s a lot of great coaches out there that coached a long time and the last eight games hadn’t gone the way they wanted them to go, right?”

It was a challenging season for all three quarterbacks, each of whom made multiple starts. But there’s no assurance Ryan or 33-year-old Nick Foles will return next season.

Ryan was tied for second in the league with 18 giveaways despite missing five games while getting benched twice. Foles, the Super Bowl MVP following the 2017 season, went 0-2 as the starter before a rib injury in Week 17 ended his season.

Cutting both could create $19 million in salary cap savings though Ryan isn’t retiring yet.

“I still love playing, still feel like I’ve got a lot of good football left in my body,” Ryan said.

In addition to determining the most critical parts of the team’s brain trust—general manager, coach and quarterback—the Colts have plenty of other work to do, too.

A new coach will be hiring new staff members. Five key players are about to become unrestricted free agents and running back Jonathan Taylor and receiver Michael Pittman Jr., their top two offensive playmakers, both are entering the final years of their rookie deals next fall.

Plus, three-time All-Pro linebacker Shaquille Leonard is still recovering from a second back surgery.