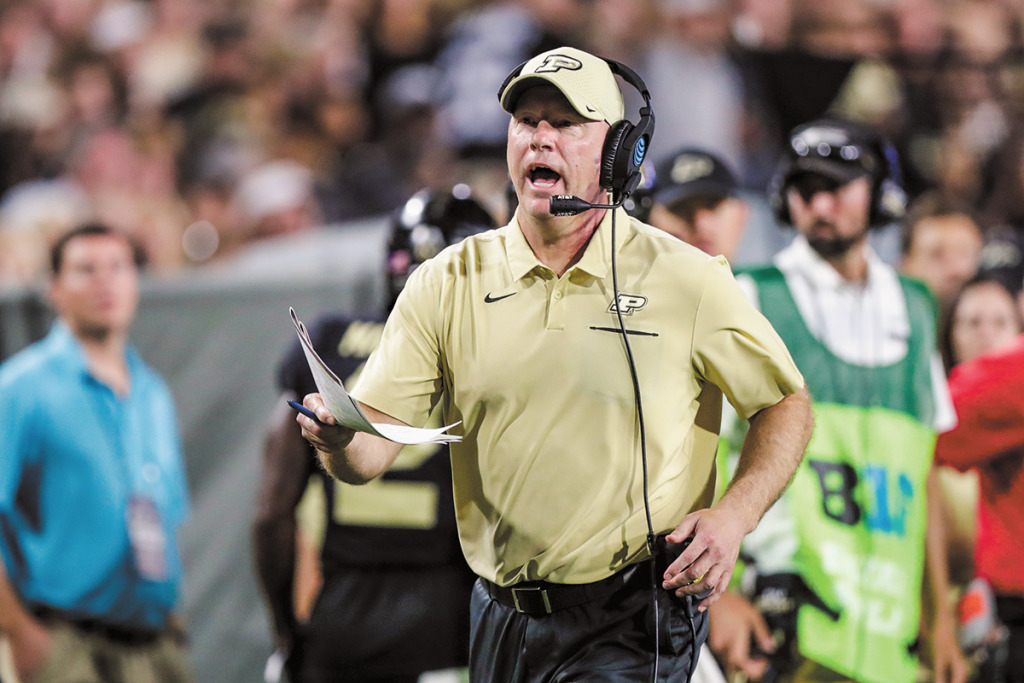 Purdue University Head Football Coach Jeff Brohm and the University of Louisville are close to finalizing a deal that will send Brohm to Louisville, various media sources reported Wednesday morning.

Brohm is 36-34 at Purdue, leading the Boilermakers to four bowl appearances and three winning seasons. The team is 17-9 over the past two seasons and won nine games this season, its biggest victory total in 18 years. Purdue won the Big Ten Conference West title but lost in the conference championship game to the University of Michigan, 43-22, on Saturday at Lucas Oil Stadium.

Purdue is scheduled to play against Louisiana State University in the Cheez-It Citrus Bowl on Jan. 2 in Orlando, Florida.

Brohm played quarterback at Louisville, following in the footsteps of his father, Oscar. His two brothers also played at Louisville.

The Louisville job opened up this week when Scott Satterfield left the program to take the head coaching job at the University of Cincinnati.

Brohm was immediately mentioned as a possible replacement after Satterfield’s stunning departure, just as he was in 2018 after the school fired Bobby Petrino following a 2-8 start and eventual 2-10 finish. At the time, Brohm was just two seasons into his tenure at Purdue and turned down his alma mater to continue building that program.

But with the Louisville job open again, Brohm accepted this time around and returns home to take the Cardinals to another level.

Louisville was 25-24 under Satterfield, including 7-5 this season with a pending appearance in the Fenway Bowl on Dec. 17. Ironically, the Cardinals will face Cincinnati but without Satterfield on the sidelines for his new team. Deion Branch, Louisville’s director of player development, will guide the team on an interim basis for the bowl game.

Brohm passed for 5,451 yards and 38 touchdowns at Louisville while going 15-10 as a starter. He played eight seasons in the NFL and XFL before returning to become quarterbacks coach with the Cardinals under Petrino and Steve Kragthorpe, eventually becoming offensive coordinator.

Brohm reunited with Petrino at Western Kentucky and succeeded him there after Petrino returned to Louisville in 2014 for a second stint. His greatest coaching success came in Bowling Green with the Hilltoppers, who went 30-10 from 2014-16 with three bowl wins and a No. 24 final ranking in 2015.