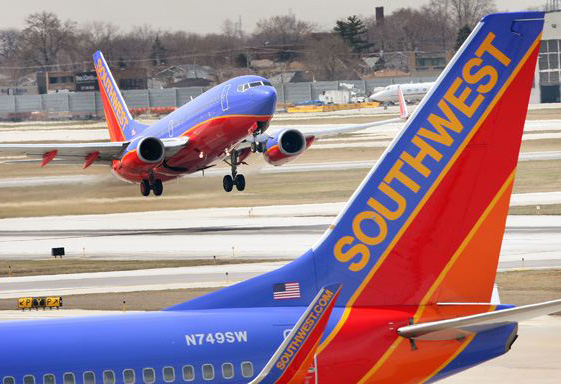 Southwest Airlines returned to a relatively normal flight schedule Friday, as the focus shifts to making things right with what could be well more than a million passengers who missed family connections or flights home during the holidays, and many of whom are still missing luggage.

The Dallas-based carrier, which had canceled thousands of flights every day this week after a winter storm last weekend, reported fewer than 40 cancellations early Friday. While that was still more than United, American and Delta combined, it’s progress following one of the most chaotic weeks in aviation history for a single airline.

Federal regulators have vowed a rigorous review of what happened at Southwest, with all eyes on outdated crew-scheduling technology that left flight crews out of place after the storm hit, essentially shutting down almost all of the carrier’s operations.

“While weather can disrupt flight schedules, the thousands of cancellations by Southwest in recent days have not been because of the weather,” Buttigieg wrote. “Other airlines that experienced weather-related cancellations and delays due to the winter storm recovered relatively quickly, unlike Southwest.”

At airports across the country passengers had what could be described as a typical holiday week for travel. It was a stark contrast near Southwest Airline counters, where hundreds of people sat on bags or slept where they could, with the Southwest aircraft sitting on the tarmac yards away, but crewless.

Southwest begun accepting reservations again Friday after getting crews and planes into place, and executives have started on what is undoubtedly a long road to regaining the trust of travelers.

Southwest’s Robert Jordan said in an interview with ABC’s Good Morning America on Friday that after safety, there is no greater focus than reimbursing customers and getting them reunited with their luggage.

“This has impacted so many people, so many customers, over the holidays. It’s impacted our employees. And I’m extremely sorry for that,” Jordan said. “There’s just no way almost to apologize enough because we love our customers, we love our people and we really impacted their plans.”

The air travel industry is just now recovering from the pandemic, which reduced activity to levels not seen since the beginning of the jet age.

Jordan warned that the meltdown this week will “certainly” hit the carrier when it reports fourth quarter financial results at the end of January.

Company shares, which tumbled 8% this week, fell slightly at the opening bell Friday in another down week for Wall Street.