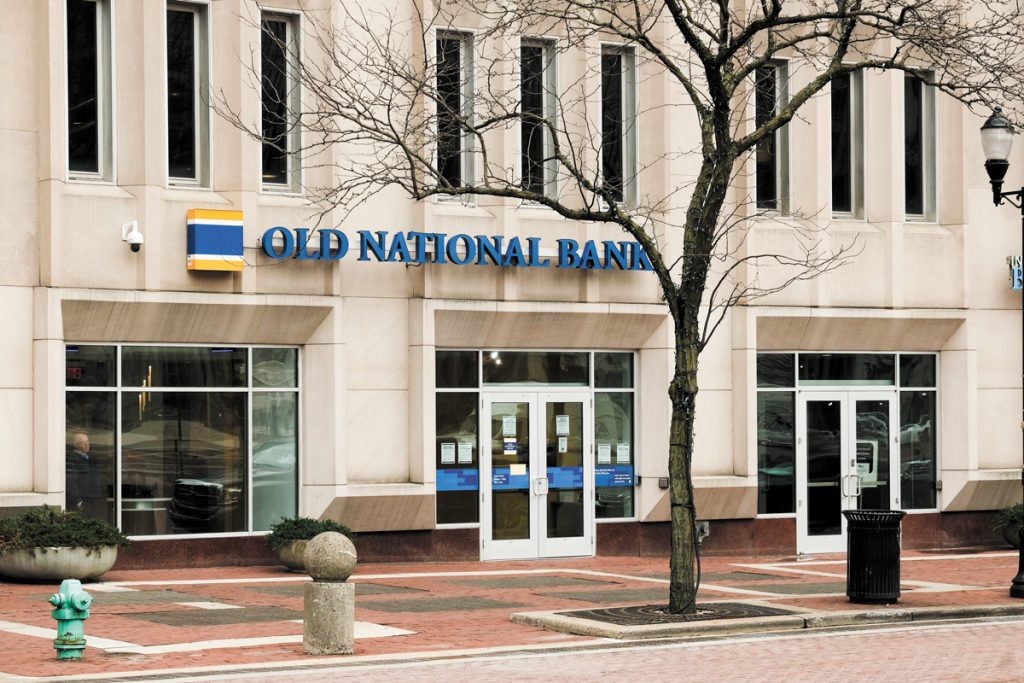 Indiana-based financial institutions didn’t let the banking giants scoop up all the spoils from the federal Paycheck Protection Program.

An IBJ analysis found that, of the 20 banks issuing the most PPP loans to Indiana borrowers, 11 were headquartered in the state—many of which went to extraordinary lengths to extend as many loans as they could.

Indiana’s most active lender through June 30 was New York-based JP Morgan & Chase Bank NA, which made 5,151 loans in Indiana.

Chase has the largest market share in Indiana and has $2.3 trillion in assets overall. But Evansville-based Old National Bank, with a comparatively modest $20.3 billion, was right behind, with 4,316 loans.

The third-most-active PPP lender is Muncie-based First Merchants Bank, which has $12.4 billion in assets and made 3,547 PPP loans, according to data released this month by the U.S. Small Business Administration, which oversees the PPP program. In total, lenders through June 30 made 79,151 PPP loans to Indiana borrowers.

Banks earn processing fees ranging from 5% for loans under $350,000 to 1% for loans over $2 million. The borrowers won’t have to repay the money if they use it in certain ways, such as for payroll or rent.

Congress rolled out the program to help keep small businesses afloat during the COVID-19 pandemic, launching April 3 with a $349 billion lending pool.

That funding was exhausted in 13 days, prompting Congress to appropriate another $310 billion. The program reopened on April 27; as of July 10, $132 billion remained available. The program is accepting applications through Aug. 8.

Hoosier banks that landed in the top 20 said they jumped in with gusto to help their clients, build community goodwill—and perhaps pick up some new customers.

IBJ’s analysis found that the fees will top $1 million for all 20 of the most-active lenders. However, banks say they don’t expect to rack up big profits because of the costs of building out loan infrastructure and staffing.

“We knew early on that you’re going to have winners and losers from a reputational standpoint,” said Neil Dauby, the chief commercial banking officer at Jasper-based German American Bancorp.

German American has $4.4 billion in assets, making it the 25th-largest bank in Indiana, according to analysis by LendingTree LLC. But German American is the state’s eighth-most-active PPP lender, with 2,441 Indiana loans as of June 30.

Dauby said German American was able to achieve both its goals—strengthen relationships with existing customers and add new ones.

“Our customer base has been solidified,” he said.

But it required a lot of extra work for German American, which, in a typical week, might process 80 to 100 loans from its operating footprint, which stretches as far north as Bloomington and Columbus. During the height of PPP activity, the bank was processing up to 250 loans a day.

The bank dedicated about 200 employees to PPP loan processing, and it created a new processing system to handle the increased volume. In the early days of the program, employees worked around the clock to process and submit applications.

“It was a massive undertaking,” Dauby said.

“There’s no question that the position that a bank holds in the economy was, in my opinion, helped by it,” he said.

He said the PPP program helped banks become part of the solution to the pandemic-fueled economic challenges. That is a big role reversal from the Great Recession, when the mortgage industry’s lending tactics tarnished the reputation of banks in general.

Banks will get reimbursed by the SBA when loans are forgiven. Borrowers that end up having to repay will make payments to the lenders, along with 1% interest.

“The fee income was really the incentive for the banks to do this,” said John Tanselle, an Indianapolis banking attorney and a partner at Chicago-based law firm Smith Admundsen. “It was a short-term, unsecured loan with a very low interest rate, so it wasn’t uber-attractive to them.”

Zachary Fox, an analyst with the financial ratings firm S&P Global, said banks’ profitability from participating in the program will depend on numerous factors, including whether they had to hire third parties or buy new software to process the loans and how much they paid third-party lead generators to originate them.

“Generally, larger banks will have an easier time turning profit; as with everything banking, their larger scale helps,” Fox told IBJ via email.

Because of the work German American expended on the program, Dauby said he expects the PPP loans will be “very marginally profitable loans” for the bank. “It is not an opportunity for profit for our organization.”

“This will be, certainly, profitable for the bank, certainly worth all the work, but I think the real value for the bank was being able to help clients.”

Early in the program, Old National dedicated as many as 600 of its 2,700 employees to the PPP program, an effort that included setting up a 20- to 30-person call center to help clients navigate the application process.

Sandgren said participating in the PPP program will become more profitable if Congress approves legislation it’s considering that would streamline the forgiveness process for PPP loans below $150,000, which make up about 85% of all PPP loans. He said the measure would reduce the manpower banks would have to expend on the forgiveness process.

Also affecting profitability will be the percentage of loans qualifying for forgiveness. Banks use their own money to fund the PPP loans. If a borrower qualifies for forgiveness, the SBA reimburses the bank, and the bank can book the fee income at that time.

But if the borrower ends up having to repay the loan, the bank can’t realize the full fee income until the loan is paid off. The first PPP loans had a two-year repayment period. Later PPP loans allow five years for repayment.

Because of their ultra-low interest rate, PPP loans that have to be repaid will create a drag on a bank’s earnings, said Indiana Bankers Association Amber Van Til.

“It’s holding up a lot of bank capital at a much lower rate of interest than [banks] would typically extend a loan for,” she said.

Despite such uncertainties, Hoosier banks say they felt a responsibility to participate—in part because doing so could save businesses.

“It’s a way to prop up your community,” First Merchants’ Rechin said. “The health of your bank is pretty much a mirror reflection of the communities that you serve.”•