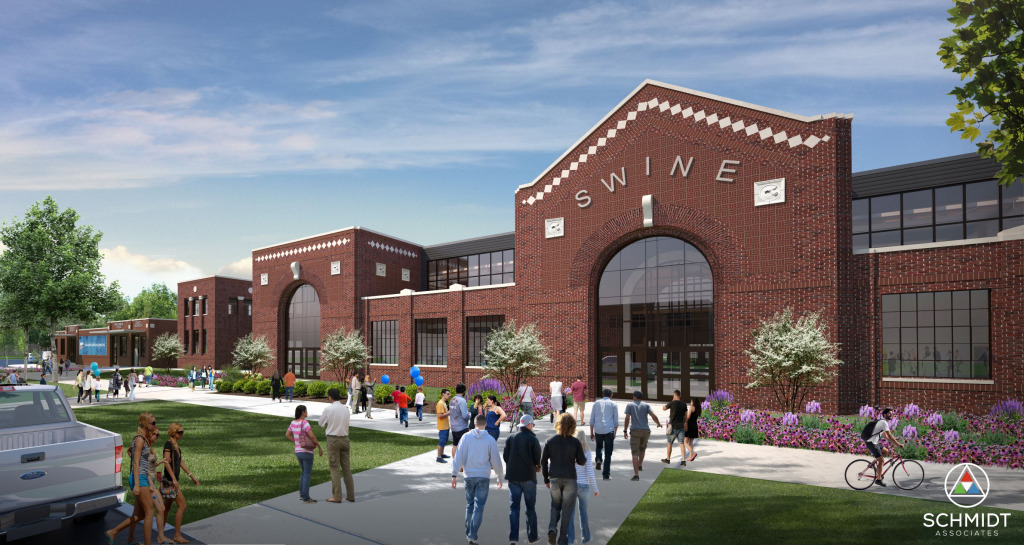 The pigs at the Indiana State Fair are officially getting a new place to stay after the state released $50 million to replace the almost century-old swine barn with a multiuse facility that will also be able to host large sporting events.

The State Fair Commission hopes to attract many events to the pavilion, which is already slated to host the 2025 NCAA Track and Field Division 2 Championship, said Ray Allison, the fair’s vice president of development.

Construction will start this fall after this year’s state fair and wrap up in time for the 2023 fair. The storm water system under the building will first be rerouted, and then most of the historical structure will be torn down by the end of this year.

As for the swine contests in 2022, the State Fair Commission is still working out where those will be relocated, Allison said.

The State Budget Committee released money for the project last month. The state fair’s hopes for the overhaul were announced two years ago in summer 2019.

A feasibility study conducted in 2015 determined the building had maybe 10 more years left in it, if no major improvements were made.

“The structural steel is failing, concrete is falling, it is not ADA accessible,” Allison said, “[and] it is impractical to unload livestock because it was built on a hill so there is an elevation change from north to south.”

A request for state funding was originally made during the 2020 legislative session, with the hopes of starting construction after the 2020 state fair, but plans were put on hold at the onset of the COVID-19 pandemic, Allison said.

The $50 million for the project was then added to the state budget during this year’s legislative session.

Fall Creek Pavilion will include a restoration of the front façade of the original swine barn, and the rest of the structure will be new.

It will serve solely as a swine barn during the state fair, and then be open to events throughout the year—just like the state fair’s six other livestock facilities that were converted to multiuse facilities in the ’80s and ’90s.

“This is the last of our major livestock buildings to be renovated,” Allison said.

The Indiana State Fairgrounds hosts about 400 events other than the fair each year.