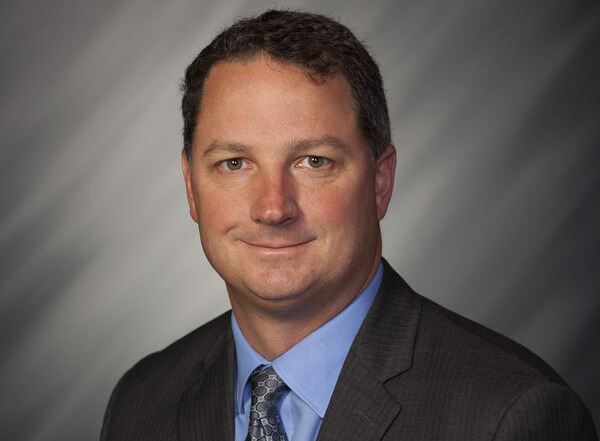 Indiana House Speaker Todd Huston has left his non-legislative job at the College Board, the organization that administers the SAT exam.

The Fishers Republican exited his nearly half-a-million-dollar-a-year job as senior vice president for state and district partnerships with the College Board on Monday, a spokesperson from his office told IBJ in an email.

Huston said in a written statement that he had been considering how to balance both the responsibility of House Speaker and his job, and he ultimately decided to leave the College Board.

“I’ve been incredibly fortunate to have served over 9 years with the College Board and helped carry out their mission to promote college readiness across the U.S. Since taking on the role of House Speaker, I’ve contemplated how I could best balance the tremendous level of responsibility required in my substantial role at the College Board and as a public servant. Ultimately, I decided to leave the College Board family,” Huston said in the statement. “I’m beyond grateful for the experience and relationships built with the talented leadership and staff at an amazing organization. As of right now, I’m focused on a strong, successful finish to this legislative session. I want to recharge my batteries post-session before considering future opportunities.”

His spokesperson said his departure was not related to legislative efforts at the Statehouse right now.

Huston’s decision to leave his job comes on the heels of the House passing a bill that would limit what teachers can teach about issues relating to race, and other divisive concepts, such as discussions about sex, ethnicity, religion, color, national origin or political affiliation.

Huston voted in favor of the bill, which is a rarity because the speaker often abstains from voting. Questions had since been raised about his dual roles as a lawmaker supporting the legislation and how that reflected on his job at the College Board and the organization itself. The College Board notably crafts Advanced Placement courses and administers the SAT.

Liberal activist and author of the Popular Information newsletter Judd Legum published an article on Monday questioning if the College Board supported Huston’s efforts to limit how divisive concepts are taught in the classrooms, and noted that Huston’s role at the College Board involved him working as the organization’s top liaison to schools.

The College Board, in a written statement to IBJ, said Huston left the organization because “the demands of both his role here and his elected position are not sustainable.”

“He wants to devote more time to his work in Indiana. We’re grateful for his nine successful years at the College Board. Over that time, Todd has cultivated a superb team of leaders, who are now well prepared to lead our work with state and district partners,” the College Board said.

Indiana Democratic Party Executive Director Lauren Ganapini called Huston a “walking conflict-of-interest” in a statement regarding his departure from the College Board on Tuesday.

“While him parting ways from the College Board is good for education overall, House Bill 1134 is still alive and risks putting Indiana’s teacher shortage in overdrive,” Ganapini said in the statement.