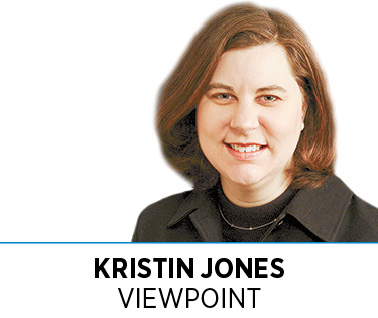 From the uncertainty of the coronavirus pandemic to the crippling lockdowns that followed, businesses in the Hoosier state have certainly faced an uphill battle this year. The drivers of our state’s economy, small and large businesses alike have had to contend with some devastating setbacks.

This economic turmoil, however, isn’t limited to Indiana. Nationwide, businesses are struggling to survive. In this time of unrest, it would be beneficial for the federal government to take the lead in righting the ship—advancing pro-business policies to allow America’s industries to recover. Unfortunately, rather than protect American businesses, the Trump administration is pushing regulations that would decimate the life sciences industry—a sector crucial to our nation’s well-being.

On July 24, President Trump signed an executive order to confront the problem of rising health care costs by instituting a bevy of federally mandated price controls over the cost of Medicare’s prescription medications. The executive order’s “Most Favored Nation” price model—a successor to the much-decried International Pricing Index (IPI)—would mandate that Medicare set drug prices based upon the lowest comparable price among a list of foreign nations. In effect, it gives Medicare’s pricing authority to other countries while simultaneously removing beneficial market forces from the health care industry.

This regulatory change is toxic to Indiana’s booming life sciences industry and is particularly disastrous for our biopharmaceutical companies, many of which are small and medium-size businesses that rely upon fair and accurate drug prices to sustain themselves. By importing foreign price controls, the administration is not merely establishing artificially low drug prices, it’s also robbing these businesses of their hard-earned financial means. That means more layoffs, fewer economic opportunities and, crucially, less medical innovation.

One of the reasons we have been able to rapidly create and test vaccine candidates for COVID-19 is because many small biotech companies were already working on potential treatments for respiratory diseases. It is these small companies that are driving more than 70% of all innovative research and development, including for COVID-19, yet they are the ones that will be most hurt by the president’s executive order.

With their resources substantially reduced by the Most Favored Nation price controls, biopharmaceutical companies will have no choice but to curtail their investment in the research and development of inventive treatments and medications. These businesses simply won’t be able to afford the cost of developing new medicine. As a result, medical innovation will stall.

This outcome is particularly troubling given our nation’s tenuous economic situation. Many states, including Indiana, are slowly beginning the transition back to business as usual. In easing lockdown restrictions, the government should focus its efforts on reinvigorating America’s economy, protecting jobs and encouraging commerce. Instead, the president’s executive order would erect further regulatory barriers to success, hamstringing innovation in our biopharmaceutical companies precisely when we need it most.

Indeed, the Most Favored Nation pricing model is an intensely misguided policy. Its foreign price controls would not only depress crucial medical innovation but would also harm small businesses in the process. This executive order would spell disaster for Indiana’s life sciences industry, and it absolutely should not be enacted.•

Jones is president and CEO of Indiana Health Industry Forum.