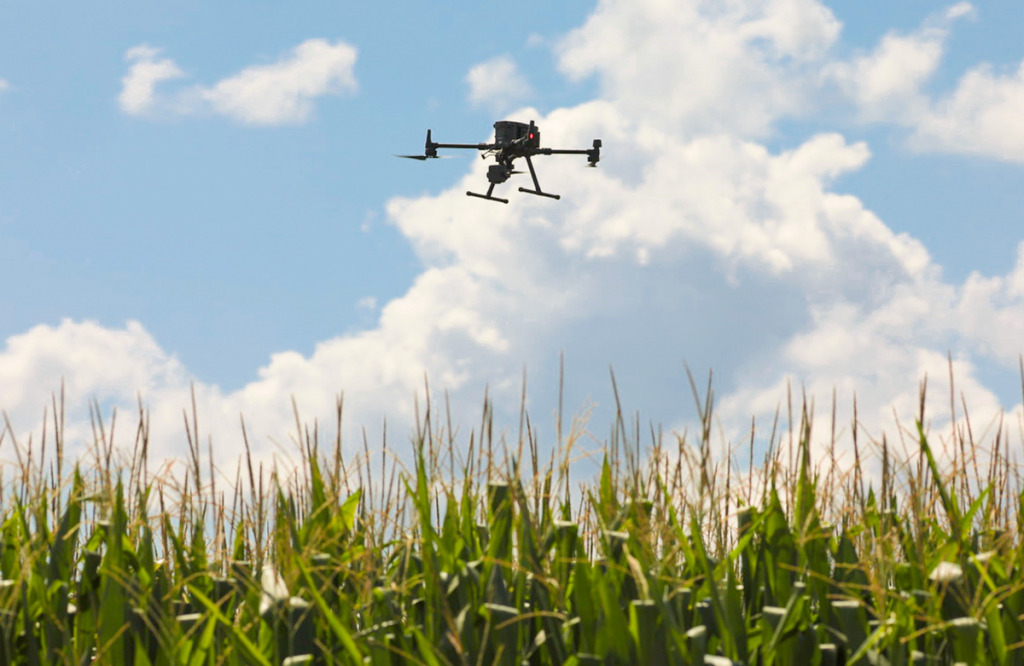 Taranis, based in Westfield, uses artificial intelligence to scan photos taken by drones and satellite imagery to locate and diagnose threats to customers’ crops. (Photo courtesy of Taranis)

The investment was a Series D round for Taranis—its fourth major round of funding—bringing its total funding to $100 million since the company’s 2015 founding.

The Series D round of investment was led by Inven Capital, a climate technology fund based in the Czech Republic, with participation from 16 other existing and new investors in Israel, Europe, Asia and the United States.

DiPaola called the investment funding “confirmation of the growth that we’re already seeing with customers.”

Taranis is a crop intelligence platform that uses artificial intelligence to analyze satellite imagery and drone photos of agricultural fields, providing its customers with information to manage their farms and improve crop yields. Customers can use the platform, for instance, to spot early signs of disease, pests and nutrient deficiencies in their crops, then address the problem before it spreads.

Taranis has also received financial support from the state of Indiana. Last year the Indiana Economic Development Corp. offered Taranis up to $1.25 million in tax credits based on the company’s plans to create 60 Indiana jobs by the end of 2023.

The company was founded in Israel and moved its headquarters to Westfield in 2020. It has about 120 global employees, including 40 in the U.S. Its U.S. workforce is roughly evenly divided between those based in Westfield and in-the-field employees who work with customers around the country.

Another 70 employees work from Taranis’ software development hub in Tel Aviv, Israel, and a smaller number work at an office in Brazil.

As of May, the company had about 20 million acres of farmland under observation for 19,000 or so global customers in locations ranging from Indiana to Kazakhstan, Australia and Germany.

DiPaola said he expects to grow Taranis’ Westfield office by about 40% over the next year, adding jobs in areas including operations and  employees who work with customers to help them better use and understand the platform’s offerings.

Taranis is also looking to open some field offices, potentially in places like Nebraska and Iowa, adding additional staff to support in-the-field employees already working in those geographies.

DiPaola said Taranis is already outgrowing its current Westfield office and is scouting local sites in anticipation of moving to a bigger location. “We intend to keep it in Westfield, Indiana because that’s where we put down our roots,” he said.