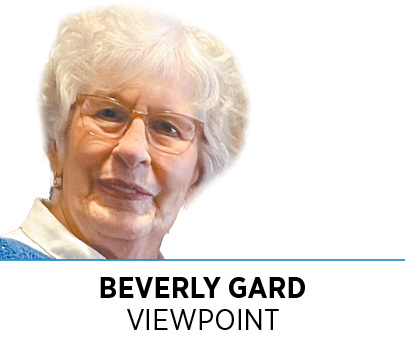 Imagine an Indiana without the wetlands that play host to a vast variety of migrating waterfowl, without the estimated 300 nesting pairs of our national symbol, the bald eagle, and without winding nature trails and nature parks built to educate and showcase the ecosystems that result from these wetlands. This would eventually be the Indiana we live in if Senate Bill 389 is passed into law.

Indiana did not have an isolated-wetland statute before 2003 because the U.S. Environmental Protection Agency regulated every wetland in the country. In 2001, the U.S. Supreme Court rendered a decision that created a gap, leaving about one-third of Indiana’s wetlands with no federal protection.

Realizing legislators certainly could not begin to grasp the depth of the issue in a two-hour committee meeting, in 2002 we studied the issues extensively in an interim study committee. The 40-page final report, which included recommendations adopted unanimously, served as the framework for the wetlands legislation adopted in 2003. As the Senate sponsor of the bill, I spent hours refining the legislation as it moved through the process.

The proponents of SB 398 like to tout the fact that Gov. Frank O’Bannon vetoed the legislation, but they never mention why. The governor clearly said the legislation did not go far enough. The General Assembly overrode the veto. Several of us worked during the interim to come to an agreement on the concerns the governor expressed. Those amendments were then adopted in the next legislative session.

Indiana’s wetlands statute has worked well for 18 years. But now, under pressure from the Indiana Builders Association, some legislators want to remove isolated wetlands protection from state law. The builders association is the same lobbying organization that engineered taking the Indiana State Department of Health’s representative off of the Indiana Environmental Rules Board and replacing that position with a builder member of its association. Does this sound like concern for the environment and health?

SB 389 has nothing to do with bringing Indiana in line with the federal government or other states. The point is simply to remove all protections for Indiana’s isolated wetlands. These wetlands have the same characteristics, function, biodiversity and environmental benefits as the wetlands protected under federal law.

Trying to align the state with the federal government’s or other states’ regulations will inevitably cause more confusion because the regulations will continue to change. Under President Biden, we can expect a more stringent approach than in the recent past. If SB 389 becomes law, Indiana’s regulatory certainty will remain at the mercy of the ever-changing federal scheme.

Federal rules that changed in 2020 allow the U.S. Clean Water Act to protect only 20% of Indiana’s wetlands. Before the rule change, 60% of wetlands in Indiana fell under federal jurisdiction. And if SB 389 becomes law, no certification or permit would be required from the state to demonstrate that work proposed in a wetland would not degrade water quality.

There are several takeaways from issues surrounding SB 389. First, the bill is driven by a lobbying organization that did not provide legislators the background necessary to fully understand the issue. Second, a two-hour committee meeting is far from adequate for legislators to understand the issue and background. Third, it has been about 19 years since a study committee looked at the issue. Because this issue has such long-term significance for our natural resources, lawmakers should look at it comprehensively during the interim before blindly moving forward with ill-conceived legislation.•