Home » After months of isolation, we’re hating our home assistants 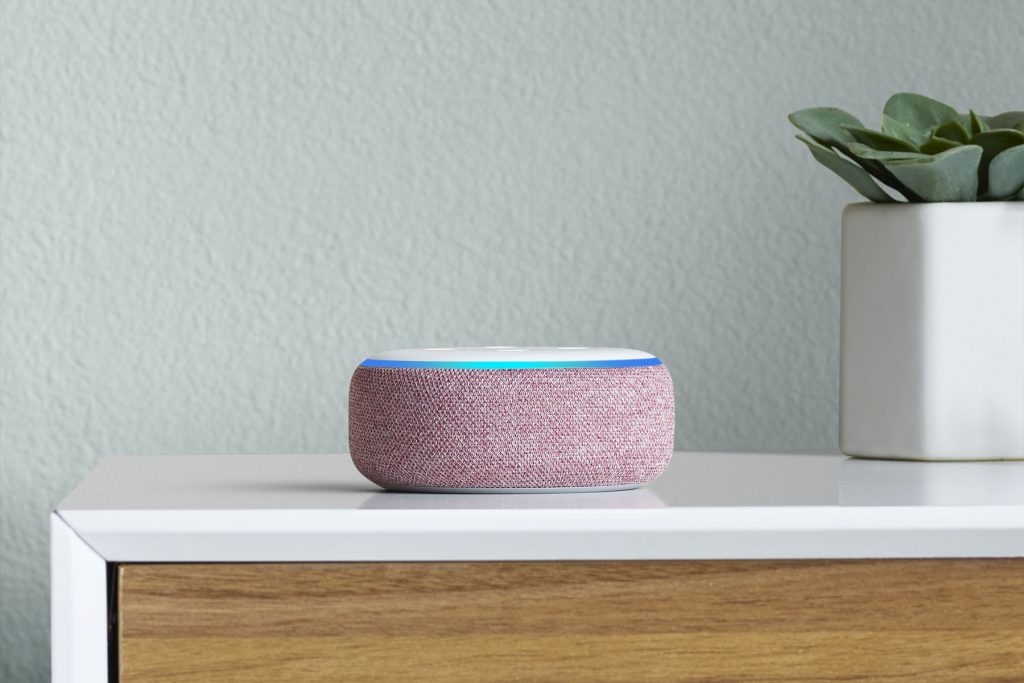 “I’m not a bad person,” Angela Hatem said. “I’m so nice to people.” But Alexa, the voice of Amazon’s home devices, isn’t a person, despite how hard “she” tries to emulate one. And coronavirus/self-quarantine/2020 has Hatem feeling a bit stressed out.

“I say things to Alexa that I wouldn’t say to my worst enemy, if I had one. And I don’t know why. She makes me crazy. . . . I curse at her. I call her names. I’m very, very mean to her,” said Hatem, who lives in Indianapolis with her 1-year-old son. “There’s really few things I can vent at or vent to, and I’m making Alexa my virtual punching bag.”

Her Echo Dot came with her security system, but it sat in the box until the pandemic. Now, she tries using it for simple tasks like playing music or reminding her to do things. But it just never seems to work.

She can’t even figure out how to pair it with the security system.

“We’re all showing so much grace to all the people in our lives right now, because everyone is at home with their kids and their houses and things and work and issues and people getting sick,” she said. “You just want one thing to do its job, and this is a robot. Just do the thing you were brought here to do and do it on the first take.”

Surely, you can relate. So many of us can, especially those who don’t keep boxing equipment lying around the house. As our isolation dragged on with Alexa, Siri and Google’s nameless “assistant “serving as one of our few outlets for conversation, a certain animosity for these devices has grown for some, seemingly exponentially.

“Because of quarantining and going through all the events of police brutality and racism, people are frustrated,” said David Rusbasan, a psychology professor at Marian University who has studied aggression and stress. “Talking to Alexa poorly is almost a socially acceptable way to deal with aggressive tendencies as opposed to putting it on an individual.”

Jennifer Wood-Thompson, an Indianapolis-based office manager, uses both Siri and Alexa for simple tasks such as creating shopping lists, checking the weather and playing music. She said, “My relationship with them has always been a little volatile, because sometimes they’re not cooperative. But being home for 2-1/2 months definitely escalated it a little bit.” So, she added, “when you ask Alexa to turn on the light and she doesn’t do anything, I tend to just yell back her.”

For Zach Ratcheson, the breaking point came during a game of “Jeopardy!” he played on an Echo with his wife and two daughters, ages 10 and 13. They’re a pretty smart crew and kept offering the right answers, but Alexa couldn’t understand. Was it their Marietta, Ga., accents? Was she being purposely stubborn? Maybe the tech just isn’t where it needs to be? All he knows is that it’s infuriating.

“We were trying to make it a fun, non-TV activity for the whole family, but it kept telling us we were wrong, even though we weren’t,” Ratcheson said. “There was nothing more frustrating.”

That annoyance had been building for some time, particularly since he began working from home. Want to know what’s on Joe Scarborough’s Wikipedia page? Ratcheson probably knows it by heart, since Alexa often reads it to him when he wakes up early, puts coffee on, and asks “her” to play “Morning Joe.” Supposedly, Alexa can tell you when a package has reached the front door, but in reality, “the dog is better at it than that spinning yellow circle,” he said.

It feels like a broken pact. “You could hope it could evolve over time,” he said. The promise “of AI is that it’s supposed to get to know you and learn your habits over time, and it just never does.”

“I don’t want to make it deeper than it is, but it feels like we’re not quite as an advanced technological society everybody wants us to be,” he added. “It’s still easier to get answers by Googling it than asking the device.”

Karla Erickson, a sociologist at Grinnell College who studies human-machine relations, pointed out that companies have marketed these devices by creating a sense of enchantment, portraying them as otherworldly, futuristic, promising. But “that can wear off. It has the quality of a new romance,” Erickson said.

She added that our feelings toward home assistants “may be being caught up in the whole ‘Groundhog Day’ feeling of these times.” When every day feels the same, nothing feels enchanting. It certainly doesn’t help that their inhuman attempts at humanity only reinforce what we miss most, Erickson said: “the ineffable things about each other, like a twinkle in the eye, a slumped shoulder, a yawn, really good eye contact that make you feel heard.”

Not everyone wants to chuck these faceless robots out the window and into the bed of a passing truck in hopes that they’ll be taken far, far away. In fact, according to both Google and Amazon, people are using them even more than usual for music, entertainment and especially cooking. Alexa fielded more culinary questions in a week in April 2020 than during Thanksgiving week last year.

Stan Lee was one of them. The Los Angeles creative director has taken up cooking at home, and his Google Home has proven to be a great sous chef. It offers recipes and functions as an egg timer that can keep track of multiple timelines. “It helped me learn a whole new skill,” Lee said.

Happy as we are for Lee, though, for many of us, these devices are the focus of our fury, and, boy, does yelling at them make you drunk with power. At least, for a bit.

Then comes the hangover.

While it “feels better to get it off my chest,” Hatem said, she is struck by another deeply human emotion: guilt. “It just seems like an ugly side of my personality that I didn’t know I had,” she added. “And I don’t want my son to see me yell at something – and I don’t do it in front of him.”

Thompson experienced just that, and said she “knew I might be going too far when my 15-year-old said, ‘Mom! You’re so rude!'” (In fairness, Thompson’s entire family thanks Alexa when she gets something right.)

For all these devices’ ills, no one seems ready to power them down quite yet. “It’s becoming a useless fixture in our kitchen,” Ratcheson said. But he can’t quite find a “reason to get rid of them because I have such little expectations for them. They don’t take up any real space.”

Hatem holds on to hers, perhaps begrudgingly. “She still has some purpose. It’s like that beat-up old car. It still goes, to some degree, but I don’t want to take her on long trips.”