But having just seen “Batman v Superman: Dawn of Justice,” I’m longing for the days of Christian “Mr. Happy” Bale.

I’ve got nothing against seriousness when it comes to superheroes—and anyone who says otherwise can try to pry my first edition of Frank Miller’s “The Dark Knight Returns” from my cold dead hands.

What I do object to is joylessness masquerading as profundity, convoluted storytelling covering for a lack of ideas, Batman branding his enemies and wielding a gun, the brutalization of Martha Kent, and bullet-to-the-head assassinations.

Oh, and I can do without the image of Clark Kent in a would-be romantic bathtub scene with a nude Lois Lane. 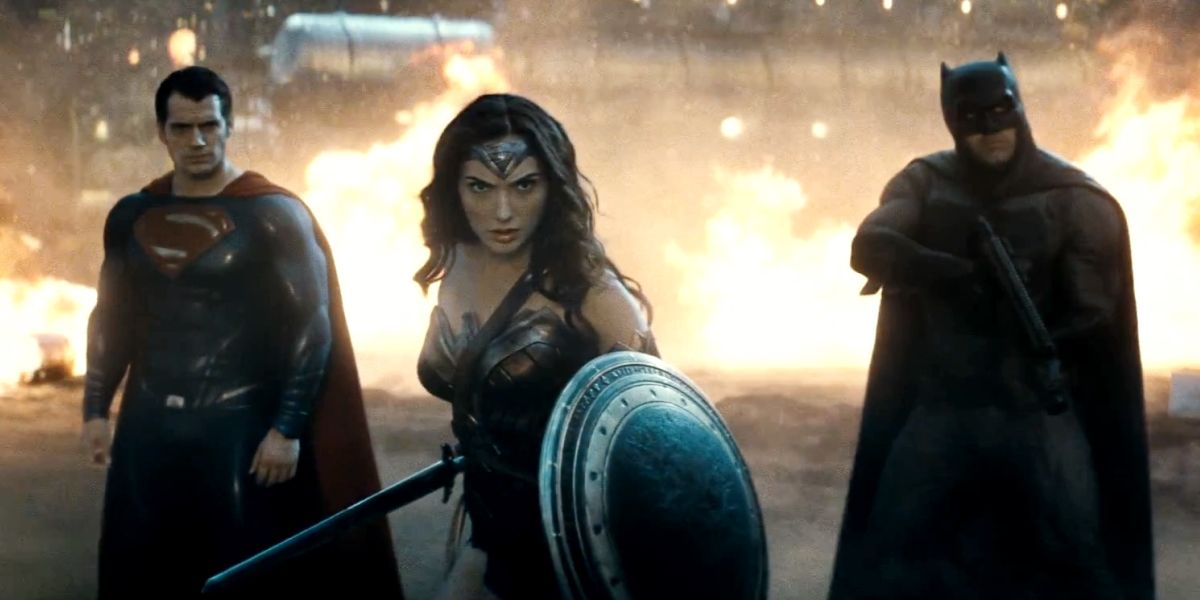 While the Bale Batman flicks were grim affairs, their vocabulary wasn’t limited to grimaces, grunts, winches, and scowls. They weren’t puzzles to be solved by a writer and director. They were coherent stories. While hard to watch sometimes—and with the occasional plot hole (particularly in the third installment), each provided the pleasure of allowing you to root for even a flawed hero.

As portrayed by Ben Affleck and Henry Cavill, though, the heroes are far from heroic—and equally far from believably motivated. Clearly, “Batman v Superman” is an effort to expand the DC universe a la the Avengers movies. But the lesson director Zack Snyder didn’t seem to learn is that the Avengers characters are interesting out of uniform. The opening of the original “Iron Man” film is brutal and violent—but, not long after, we get the pleasure of seeing Tony Stark trying out his new suit. And we root for him. Mark Ruffalo's Bruce Banner is arguably more fun to watch than the Hulk.

Here, there’s no such pleasure, in or out of cape.

OK, there is a hint of what could be—and what might save the series in the future—with the welcome arrival of Wonder Woman (not a spoiler—it’s been well publicized). And an eleventh-hour CGI secondary villain at least gives her something to prove her might against.

For me, one of the biggest weaknesses of the Marvel series is its lackluster villains (I honestly have trouble remembering who the bad guys were in both Avengers films). I’ve never been a big fan of Lex Luthor, who always seemed a too-easy-to-beat bad guy. But Jesse Eisenberg manages to keep the megalomaniac interesting, even when squaring off against boring foes. His performance is straight out of quirk school, but at least it’s got life.

Overloaded with real-life TV faces (although I did enjoy seeing Neil deGrasse Tyson opine on the implications of the Man of Steel), buried in collapsing buildings, and borrowing liberally from the politics of the X-Men films, “Batman v Superman’ has problems oozing out its every dark-hued pore. I’ve given up on seeing chase scenes where superheroes have any regard for public safety, but what about avoiding a plot twist that would have been solved if Alfred knew how to use Google? And didn't someone see the problem with a would-be secret transponder that has a telltale blinker on it?

These are minor points, of course, that would be easy to ignore if the big stuff was handled with creativity and spark. As for the actual battle between the two legends? I could make a long list of more involving confrontations, starting with the wizard battle between Boris Karloff and Vincent Price in “The Raven.”

Most concerning, though, is that Snyder and company haven’t created a particularly interesting place for its universe of characters to play in. These days, that doesn’t damage just one movie—it creates greater challenges for the parade of sequels and spin-offs to come.

I hope that’s a problem that can be solved. For now, though, DC stands for “didn’t care.”

Now when’s that next Captain America film coming out?