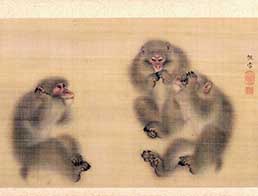 Are you more interested in Japanese art or robots? An interactive murder mystery or orchids?

That’s some of the information to be gleaned from an Indianapolis Museum of Art online survey, which wraps up Friday. In the questionnaire—distributed largely through social media channels, including the museum’s Facebook page—the IMA is gauging “interest in potential upcoming exhibitions.” Among the proposed offerings: “Rise of Robotics,” “Hot Cars, High Fashion, Cool Stuff,” and a murder mystery interactive experience at the Oldfields-Lilly House.

The survey (which you can take here) doesn’t just provide a window into what the IMA has in the works—it also points to changes in how the museum itself works when it comes to choosing exhibitions. And it's also drawing some public criticism.

Previously, curators and designers would do most of their work before involving others. Now, interpretive specialists, evaluators and project managers are brought in from the beginning and develop the exhibition together.

It’s not the first such survey conducted by the IMA, but it is having higher visibility because of its use of social media to find takers. Since adding an $18 admission charge almost a year ago and closing off much of the grounds to those not paying, the museum has been focused more intently on the satisfaction of its regular customers. The current survey asks for both demographic information as well as ratings of how likely responders would be to visit the IMA to view each of exhibitions.

Filippini-Fantoni noted that only two or three of the specific exhibits polled in the survey—including “The Art of Forgery” (pairing authentic paintings with copies), “Joris Laarman Designs” (focused on the Dutch designer), and “Orchids”—are likely to come to fruition. And those wouldn’t be until at least 2018 or 2019.

While the survey could been seen as an information-gathering tool to help hone and market ideas, it could also be interpreted as a step in diminishing curatorial control over exhibitions. 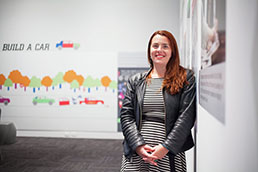 Arts blogger Judith H. Dobrzynski of Real Clear Arts, in an item picked up this week by ArtsJournal.com, blasted the decision and called the survey “offensive,” claiming the museum was “using a public web-based survey to decide what exhibitions to present, thus turning over its curatorial expertise and prerogative to the public” and “taking the low road to high attendance.”

Filippini-Fantoni said the criticism is misguided.

“The survey isn’t the only criteria we use to decide what we do,” she said. “All the exhibitions we are testing and have tested were proposed by curators or are traveling exhibitions that we adapt to the needs of our audience. [Surveying] helps us understand the potential.”

“We’re on a new road trying new things,” added IMA Public Relations Manager Stephanie Perry. “We’re getting to know our audience. "For years, we didn’t have that opportunity and this is part of the process to better get to know our guests and incorporate guest opinions into what we do.”