The nation's first and only high-power proton cyclotron dedicated to commercial medical use arrived in Noblesville on Thursday afternoon.

The 70-million-electron-volt cyclotron is being installed at Zevacor Molecular’s headquarters and production facility on Bergen Boulevard near Hamilton Town Center.

Zevacor manufactures and distributes radiopharmaceuticals and is based in Noblesville. It is a for-profit subsidy of not-for-profit Illinois Health and Science, which is also the parent company of Decatur Memorial Hospital. 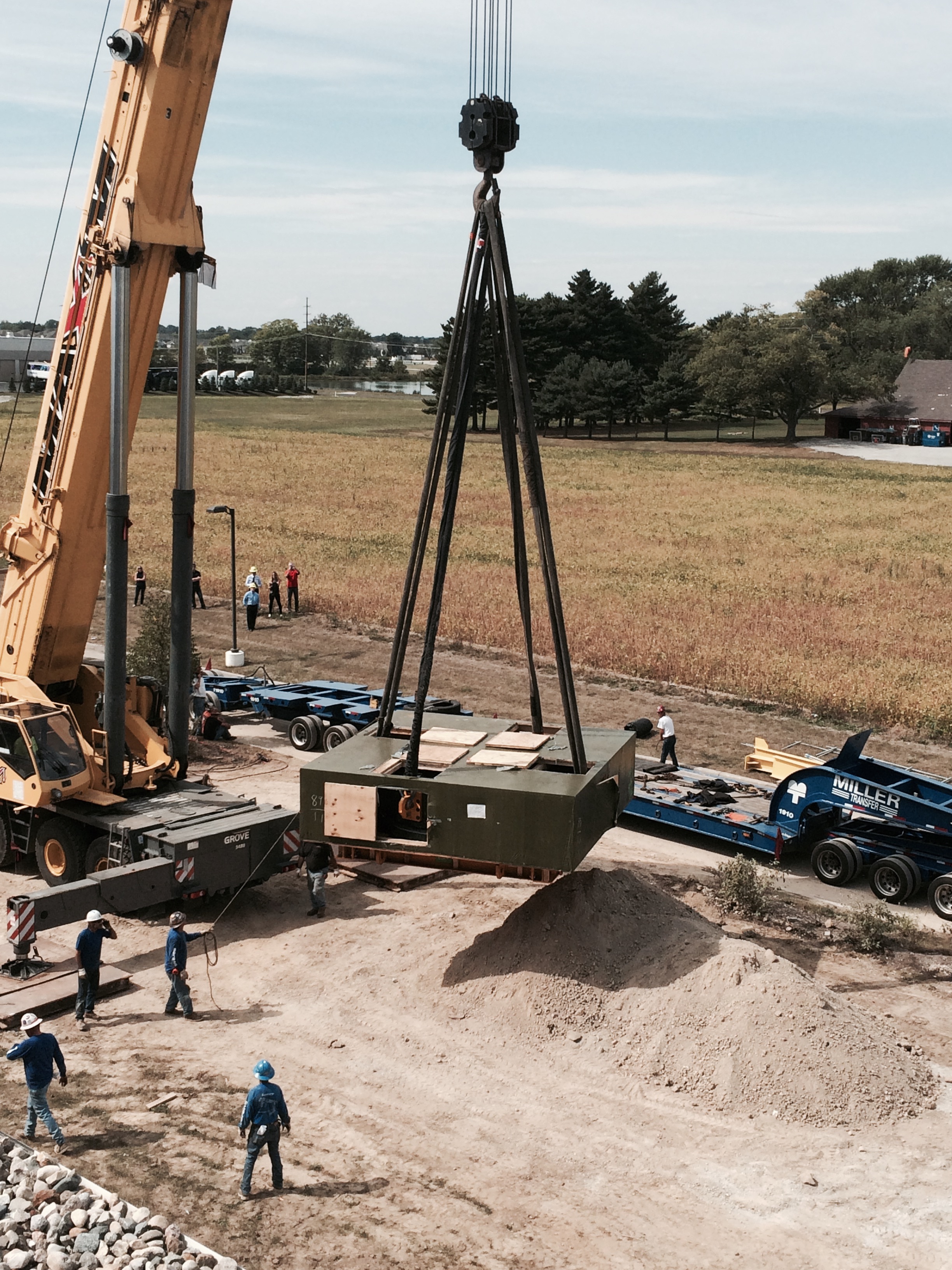 The 140-metric ton machine was manufactured in Belgium by Ion Beam Applications and will require several months of assembly and installation before it can be used. It will manufacture Strontium-82, which is a medical isotope used to help diagnose cardiovascular disease and is in short supply in the U.S.

So what does that mean?

To put it simply, it's intended to reduce the need for invasive surgeries. Instead of inserting a camera into a patient to view the heart, a doctor can use an injection that includes this radioisotope and obtain a similar image.

And it doesn’t take much. John Zehner, executive vice president and chief operating officer for Zevacor, said the cyclotron will produce about two tablespoons of material every week—but that will be enough for thousands of patient doses that will be distributed around the world.

Illinois Health and Science acquired the 71,000-square-foot building at 14395 Bergen Boulevard last year and renovations have been ongoing since then. The facility includes space for the cyclotron, a production center, research and development area, and offices for company staff.

Peter Webner, executive vice president at Zevacor, said he expects work to continue through December. To date, he said $47 million has been invested in the project.

Zevacor executives said they plan to use the $30 million particle accelerator to produce a range of radioisotopes to assist in diagnosing and treating other illnesses, such as cancer and Alzheimer's.

Zehner said they can make two or three different products at once with the cyclotron, which is expected to be operational early next year.

“We do make a very positive impact on health care,” Zehner said.

In May 2014, the city of Noblesville agreed to provide an estimated $1.9 million in equipment and other necessities. The agreement also allows Zevacor to get a 95-percent abatement on personal property taxes for 10 years.

As part of the incentives deal, Zevacor had pledged to hire 25 employees by the end of 2015. Webner told IBJ on Thursday there are 30 employees and they plan to increase that to nearly 100.

“Our strategy has been to attract medical and pharmaceutical companies,” Noblesville economic development director Judi Johnson said. “This is something you can’t find anywhere else in the U.S.”