The mayors in Hamilton County want the state to invest more into fixing road conditions—and they seem prepared to support an increase in the state's per-gallon gas tax or a switch to per-mile funding as a way to fund it.

During the session this year, the General Assembly approved spending $230 million in new money on state highways and bridges during the next two years, but that’s only a fraction of the money that's needed to both maintain existing state and local roads and build new ones to accommodate growth.

The funding law didn’t include an increase in gasoline taxes that had originally been proposed by House Republicans as a part of a long-term solution to the problem of sustainable road funding. 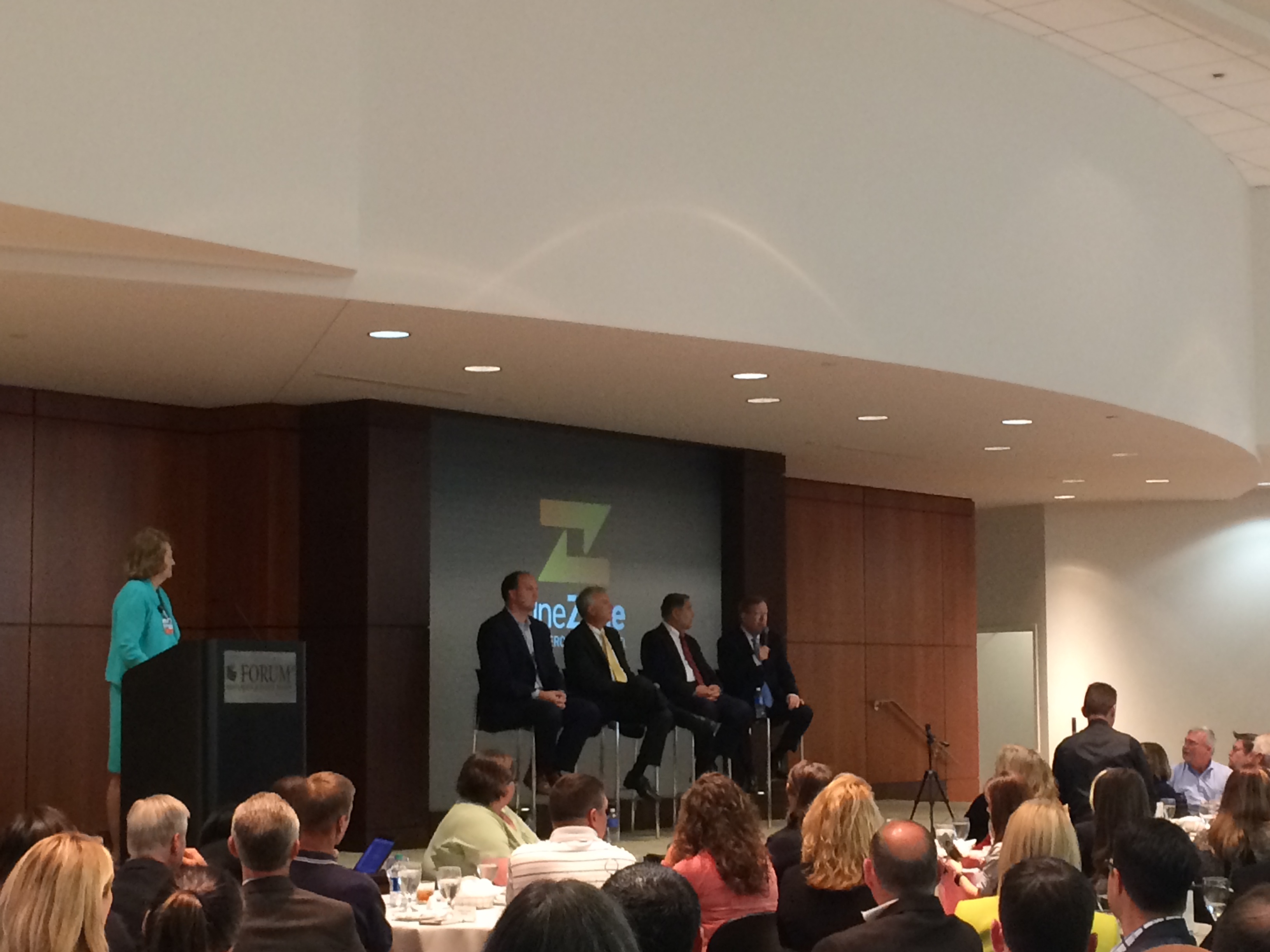 During a recent luncheon panel hosted by the combined Fishers and Carmel chamber called OneZone, the Republican mayors from Hamilton County’s four cities were asked about future funding opportunities for infrastructure.

Brainard suggested that the state consider basing the tax on mileage rather than gallons used as vehicles are becoming more fuel efficient, a proposal that would likely boost overall tax revenue, although the impact on individual drivers would be mixed.

“The technology exists to do that—or it will soon,” Brainard said.

Westfield Mayor Andy Cook seemed supportive of the mileage-based solution, mentioning that according to some of the research he’s seen, a majority of motorists would prefer to pay by the mile.

“We have this huge aversion to no new taxes,” Cook said. “Well, you know what, we’ve got to invest in this infrastructure… If we want good roads, we’re going to have to pay for it.”

“We made a small step forward,” Fadness said. “But I’m hoping we revive that conversation.”