It’s official: Next year, local and state offices in Hamilton County are in for some major changes. 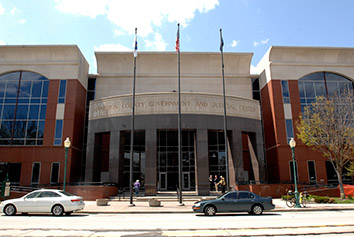 The dominoes started falling in July when longtime state Sen. Luke Kenley, R-Noblesville, announced he would retire Sept. 30 after 25 years in the chamber.

Kenley was a key budget writer and considered one of the state’s most powerful lawmakers. He had held the seat since 1992, and served as Indiana Senate Appropriations chairman since 2009.

Spartz will serve in the District 20 seat through the end of the term, which expires in 2020, but she does not fill Kenley’s leadership positions. Sen. Ryan Mishler, R-Bremen, was assigned to be chairman of the appropriations committee.

Earlier this month, another longtime state elected official from Hamilton County announced that she would not seek re-election next year.

Rep. Kathy Richardson, R-Noblesville, has served in the Indiana House since being elected in 1992. Instead of running for re-election, she will run for Hamilton County Clerk—a position currently held by Tammy Baitz, who is not running again.

Richardson is the highest-ranking Republican woman in the Indiana Legislature, serving as the House Republican caucus chairwoman since 2000.

O’Connor has served on the Noblesville City Council for 10 years. His term is not up until the end of 2019.

Ayers has served on the council since being elected in 2010.

Candidate filing officially begins Jan. 10, and three state senate seats and six state representative seats are up for grabs. Locally, four county council seats, recorder, sheriff, coroner, assessor and one Hamilton County Board of Commissioners seats are on the ballot.