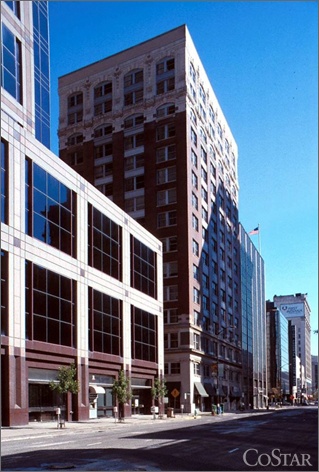 was listed for sale with a $6.5-million pricetag yesterday until the owners pulled it off the market, ostensibly to focus on trying to sell First Indiana Plaza next door. A real estate broker removed the listing at the owner’s request following a call from Property Lines. Consolidated is owned by Crown Consolidated LLC, which shares some principals with New York-based Crown Properties. Crown has its 31-story First Indiana Plaza listed for $60 million. They bought it for $38 million in 2002. The 186,000-square-foot, 1910 Consolidated Building set them back $2.73 million in November 2004. It has been vacant since the late 1990s. Redevelopment deals have fallen through over the years, thanks in large part to the cost of renovation and a lack of parking.