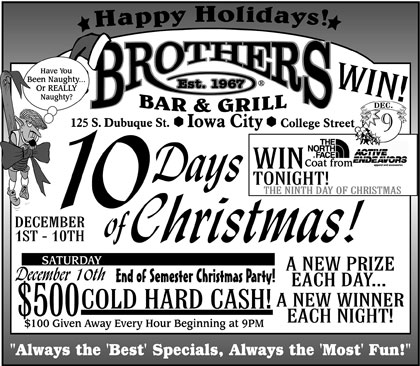 Brothers Bar & Grill, a small Wisconsin-based chain, has filed plans to replace Broad Ripple Trophy Center at one of the neighborhood’s most prominent corners, said Senior Planner Bryan Pohl. Other tenants in the one-story building include Union Jackâ€™s, Sigmanâ€™s Art Gallery, Honeysuckle Home and Kiln Creations. The Brothers chain has 12 restaurants in the Midwest, including a location in West Lafayette. Bardach Awards, which operates the awards shop and owns the building, hopes to move to an industrial building on the north side or in Carmel, said Diane Bardach-Beck, the companyâ€™s president. A more low-key location makes sense since most of Bardachâ€™s business is corporate, she said. She confirmed the building, at 910 Broad Ripple Avenue, is under contract.