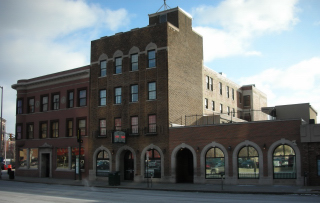 Wheeler Mission Ministries has no plans to sell its prime downtown real estate, despite financial troubles that have led the not-for-profit to close its eastside operation. Wheeler said it plans to close its facility at 3208 E. Michigan St. and lay off 13 employees. The charity’s headquarters are at 245 N. Delaware St., a prime parcel near One Indiana Square, Mass Ave and recent restaurant arrivals BARcelona Tapas and India Garden. “We’re not selling anything, just reorganizing,” said Jane Hudson, a financial associate at the Mission. Wheeler plans to transfer a youth program and a separate family-service program to Shepherd Community Center at the end of the month. Without the cuts, the ministry would have faced a $342,000 deficit in its $6.2 million budget. With the cuts, Wheeler leaders expect to end the fiscal year with a $162,000 deficit. Should Wheeler leave downtown to shore up its finances?