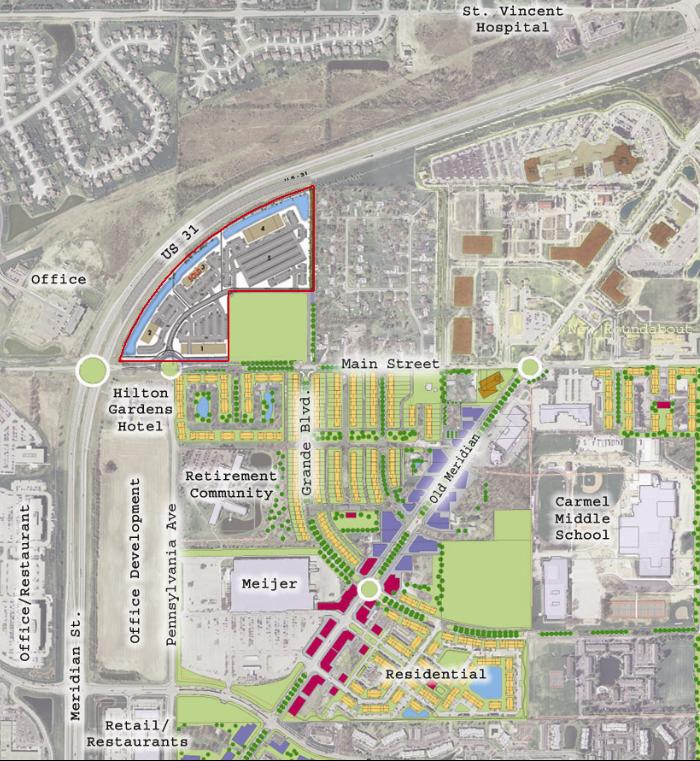 Locally based Browning Investments plans to develop a 20-acre mix of hotels, office buildings, a medical center and retail space on a vacant former church property along North Meridian Street in Carmel. Browning hopes to break ground this summer on the $10-million project, which will include a hotel built by Dora Brothers Hospitality Corp. The land, which sits north of Main Street across from Hilton Garden Inn, previously was owned by St. Christopher’s Episcopal Church. A site plan (shown here, click for a larger version) shows one parcel has been sold but it does not name tenants. The project will be called Meridian & Main, said Jamie Browning, the firm’s vice president of real estate development.