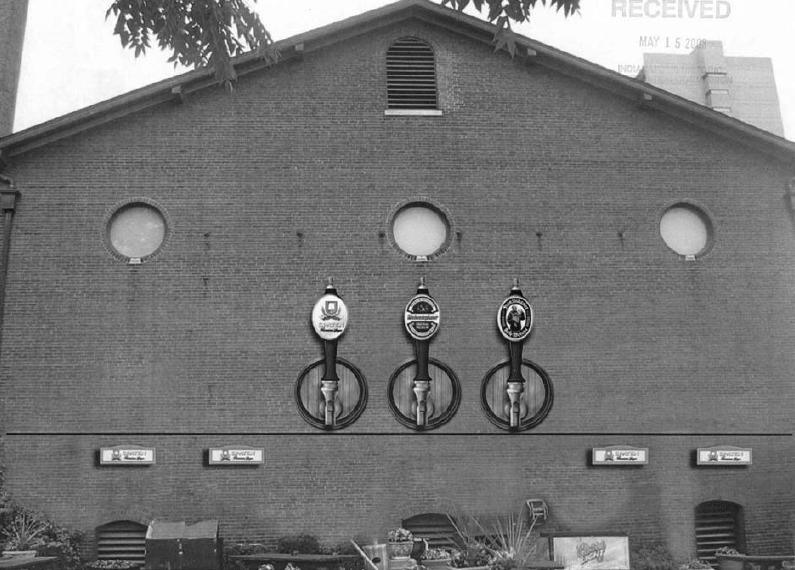 Someone must’ve been drinking when they came up with this: A proposal submitted to the Indianapolis Historic Preservation Commission last month called for three 10-foot-tall, protruding kegs with taps facing the Rathskeller Biergarten at downtown’s Athenaeum. IHPC staff recommended denial of the kegs, and the Athenaeum Foundation eventually submitted and won approval this month for an alternate arrangement that calls for seven “sponsor” signs lower on the brick exterior. The kegs also would have required approval from the Historic Landmarks Foundation of Indiana, which saved the building in the 1980s. That group’s vice president of preservation services, Mark Dollase, was having none of the proposal, and he wasn’t just worried about the potential for damaged masonry. “Banner signs, awnings, business signs and the like on the property already diminish the dignity of this outstanding building,” he said in a memo to IHPC. Cheers!