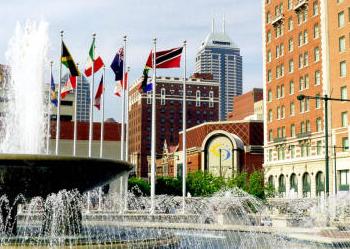 A local attorney filed a lawsuit today challenging a city maneuver that cleared the way for private redevelopment of Pan Am Plaza. The suit, available here as a PDF, argues that the city’s December 2007 move to reduce a restrictive covenant to 10,000 square feet from 88,000 square feet was “illegal and unauthorized” and robbed taxpayers of about $6 million. The city bought the properties known as Square 88 in 1985 and gave them to the Sports Corp. in exchange for a covenant restricting development on the plaza for 30 years. The agreement gave the not-for-profit the option of paying a $3 million fee ($6 million when adjusted for inflation) to opt out after 20 years. But in December, the Metropolitan Development Commission and DMD Director Maury Plambeck agreed to waive the covenant without a fee to help facilitate redevelopment of the crumbling plaza.

The lawsuit says DMD hid the implications of the move and failed to refer the decision to the City-County Council, as required by state law. The suit also claims that the city still hasn’t paid off bonds used to pay for the land, opting instead to roll them into bonds used for Circle Centre mall. Attorney Paul K. Ogden is asking for a $6 million judgment to reduce the city’s current debt load and additional damages to cover attorneys’ fees and expenses. Ogden is the same attorney who sued the Capital Improvement Board over the proceeds of an auction of RCA Dome memorabilia. IBJ first reported on the promised Pan Am lawsuit in a July 12 story.