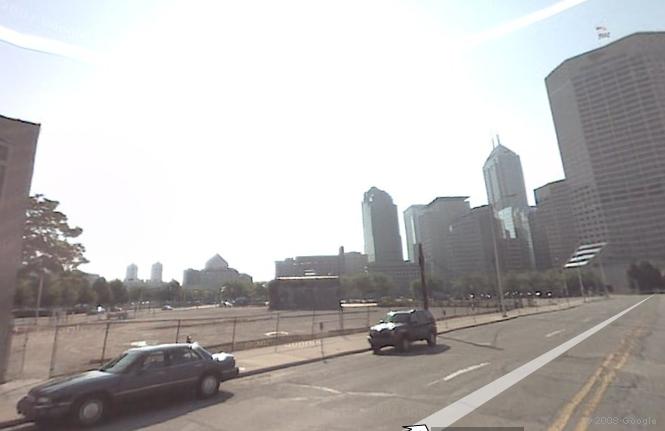 McGowan Insurance Group plans to build a new 19,000-square-foot headquarters on a triangle-shaped property at 340 N. Capitol Ave. where an ealier proposal called for 30 condos and a bank. The $2.5-million project would be built on a formerly state-owned parking lot between Indiana Avenue, Capitol Avenue and Vermont Street, behind the Bourbon Street Distillery. The cityâ€™s Metropolitan Development Commission will consider preliminary approval of a six-year property tax abatement worth about $186,000 at a hearing Wednesday. The company plans to add 13 employees and retain 31 who now work at Market Tower. â€œWe believe in the city, we love this city,â€ Hugh McGowan, Jr., a senior vice president, told IBJ’s Chip Cutter. â€œWe can see that part of downtown maybe developing more and we kind of want to be a spark plug to help it develop.â€ McGowan explored headquarters options in the suburbs, but decided to stay downtown after the city offered an abatement. Construction is slated to begin in mid-2009. No design has been set, but the building should face both Vermont Street and Indiana Avenue, McGowan said.

UPDATE: The building likely will be about three stories tall, McGowan said. The insurance company bought the property from Hearthview Residential, which earlier had proposed the condo development.