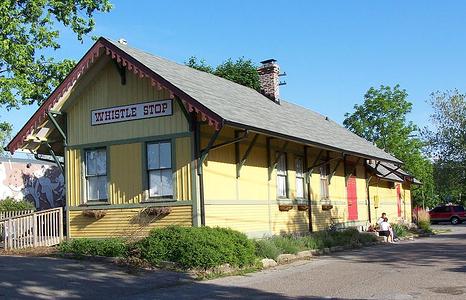 The city is looking for a new tenant for the former Broad Ripple Monon rail station at 901 East 64th St. The building served the railroad line until 1959 and became the Whistle Stop Sausage House in the 1960s. Most recently, it was the Whistle Stop Deli. Property records show it was built in 1907. City officials will conduct a site tour with potential bidders at 10 a.m. Nov. 12. Bids are due by Nov. 24. What would you like to see here? (Photo/Kiel Kinnaman via Flickr)