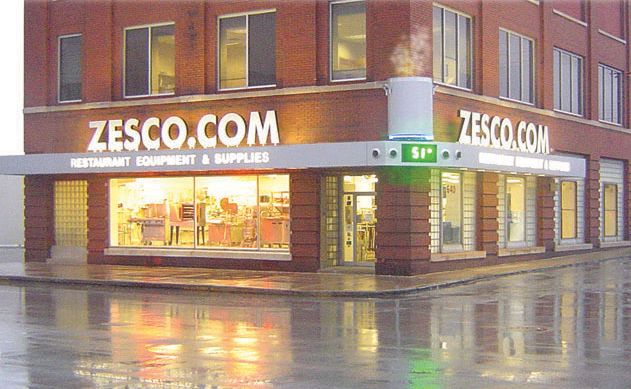 A local hospitality supply firm has refreshed its 106-year-old building at 640 N. Capitol Ave. with a new coat of paint, a power wash and a five-foot-tall steaming stock pot. The unique signage was designed to create a fun and eclectic downtown landmark, and of course to draw attention to the family-owned firm known as Zesco, an acronym for Zoll Equipment Supply Company. The business is owned by Mark, Clark and Scott Zoll and has occupied the building for 36 years. The new look is designed to mimic the look and feel of a commercial kitchen. The signage also features black knobs that make the awning look like a commercial cooktop. Neon lights under the pot mimic a cooking flame, and actual steam rises from inside the pot through a building hook-up. They say it’s the state’s largest steaming stock pot, although I’m not sure how one verifies such a fact. The time and temperature clock was incorporated into the pot so commuters can see if they are running late for work in the morning. The signage is about 90 percent complete and is most impressive at night, said Mark Zoll. What do you think?