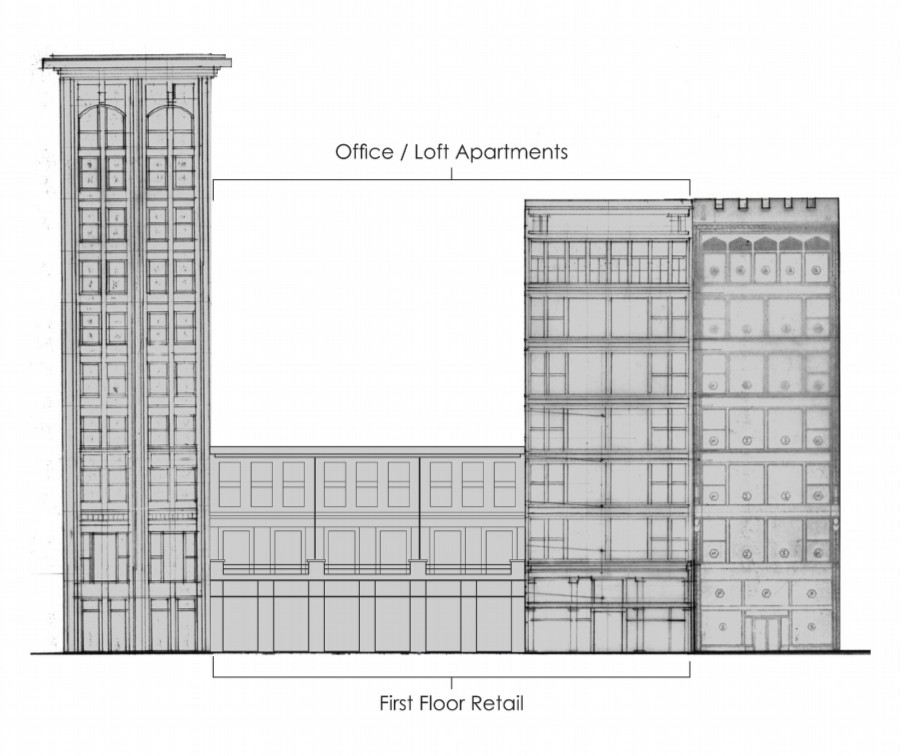 The owners of two vacant buildings and a fenced lot along Washington Street downtown arenâ€™t giving up on redevelopment even after their plans for a $40-million mixed-use structure fell apart, IBJ reported in its print edition. A group called Uptown Realty Investors led by brokers John Demaree and Bill Ehret is talking with potential restaurant tenants to anchor a new project that likely also would include apartments or office space. The plan involves the McQuat Building at 14 E. Washington St., the H&H Mart Building at 10 E. Washington St., and a vacant lot next door to the west. The brokers began acquiring pieces of the property about a decade ago, when they bought the first two buildings, both since demolished. For the last two years the pair had been working on plans to build a new, 10-story structure with a partner they declined to name. That deal fell through earlier this year, and now the owners are hoping to land a tenant so they can redevelop the blighted stretch in time for Super Bowl festivities in 2012. The most likely scenario is a renovated McQuat building and low-rise retail or restaurant space on the vacant lot and H&H Mart parcel (Concept shown here). For the full story, pick up a copy of IBJ at your friendly neighborhood retailer.