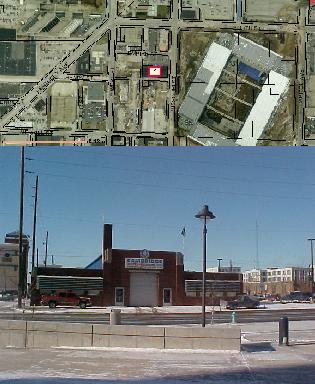 Have property values around Lucas Oil Stadium risen as fast as the profit expectations of the owners? Perhaps not, at least if you consider the Cambridge Transmission property, which is as close to the stadium as any privately held parcel. The asking price was $2.49 million in February for the 19,000-square-foot building, which sits on just under half an acre. In March, commercial broker Ted McClure reduced the asking price on the property at 432 S. Missouri St. to about $1.9 million. McClure now says the owner is “motivated” and considering offers. The latest flier lists a higher asking price of $1.95 million, but McClure said that’s a typo. The asking price remains $1.9 million. The property’s assessed value for tax purposes: $310,000. What would you like to see here?