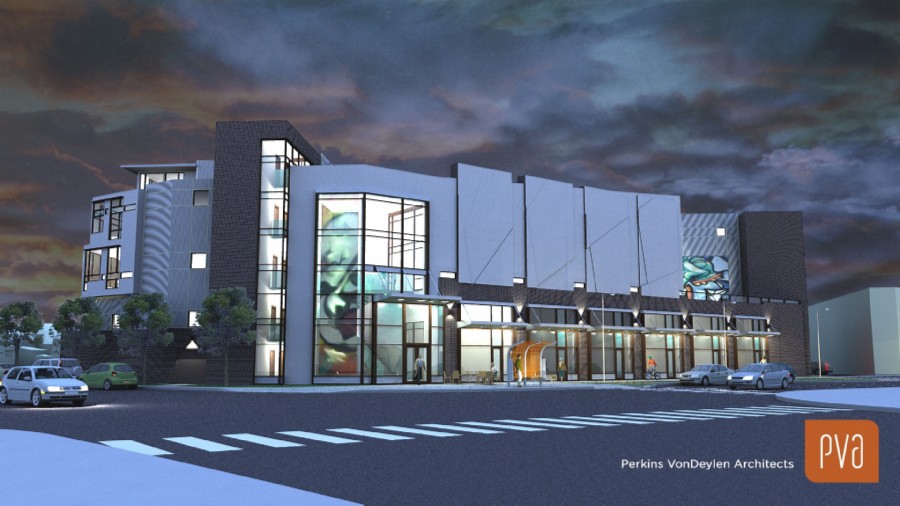 A proposed $9 million project called Fletcher Place Arts calls for 56 mostly one-bedroom apartments, 8,700 square feet of first-floor retail or office space, and a second-floor office suite to accommodate a not-for-profit organization. It would take up about an acre at the corner of Virginia Avenue and McCarty Street and include a common area on the roof and a large art installation in the atrium. The developer, Craig E. Von Deylen of locally based Perkins VonDeylen Architects, said what really sold him on the site is the planned arrival of the Cultural Trail. The five-story project must win a zoning change from the city before the developer demolishes the existing one-story structure. He’s been talking with the Indianapolis Museum of Contemporary Art, or iMoCA, about occupying the not-for-profit space. The full story is here.