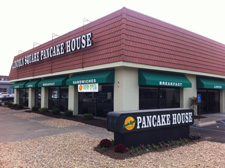 • Dunkin Donuts has filed plans to renovate the building at 2361 Broad Ripple Ave. formerly occupied by Arthur Murray Dance Studio. Dunkin also has plans for stores at 8942 E. 96th St. in Fishers and on Michigan Road in Carmel.

• Taverna 1850 is set to open next month in 5,000 square feet at 1850 Broad Ripple Ave., formerly home to longtime occupant Khoury’s Restaurant. Taverna is a new concept from Michael Griswold, a restaurant veteran who spent time at The Glass Chimney, a fine-dining staple along Old Meridian Street in Carmel that closed in 2011.

• Agave Bar and Grill opened in 2,643 square feet at 31 E. Main St. in Carmel in the space formerly occupied by Sonata Cafe, which closed last month.

• Al Basha is opening in ground-level retail space at The Avenue apartment building on Indiana Avenue. The local Mediterranean restaurant has an existing location in Fishers.

• Chick-fil-A is remodeling its Circle Centre Mall location within the food court and has temporarily closed it.

• Blue Crew Sports Grill at 7035 E. 96th St. appears to have closed for the last time. The Indianapolis Colts-themed restaurant had shut its doors temporarily twice before as owner Randy Collins struggled to pay rent and taxes. Colts owner Jim Irsay threw Collins a lifeline in May by paying four months’ rent, but it apparently wasn’t enough to save the restaurant.