A beer, wine and coffee bar could open by Thanksgiving in space next to Goose The Market in Fall Creek Place. 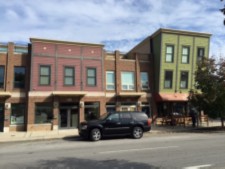 The Koelschip, named for the type of fermentation vessel used in the production of beer, will feature 16 tap lines with a handful featuring Central State beers.

The Koelschip will operate in about 2,000 square feet of leased space, split between the first floor and the basement. It was formerly occupied by Transformation Fitness and Wellness, which relocated to 1222 N. Pennsylvania St.

The venue will open at noon daily and offer meat and cheese boards from Goose for noshing. To appease neighbors, Koeneman said, he’ll close The Koelschip at 9 p.m. Monday through Saturday and at 6 p.m. on Sunday.

“We live in the neighborhood and have no intent to operate anything that’s late-night,” he said.

Chicago-based Dark Matter Coffee will supply the java at The Koelschip, which would be the only small retailer in the Indianapolis market where it’s available, Koeneman said. The only other local option is purchasing it at a Whole Foods store or online.

Central State contracts with Black Acre Brewing Co. in Irvington to brew its beer. A pint can be purchased at such places as Back Acre, Mass Avenue Pub downtown, Hop Cat in Broad Ripple, and The Sinking Ship and Twenty Tap on College Avenue in the Meridian-Kessler neighborhood.