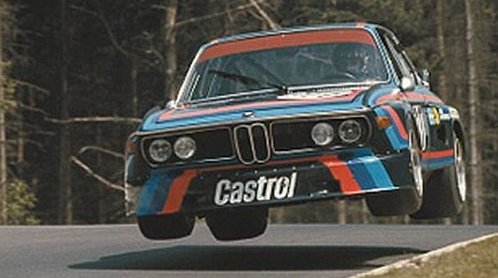 Officials for locally based Just Marketing International today announced they finalized a deal this week to work with BMW North American motorsports. Financial terms of the deal were not released.

Central to the commitment is support of a newly announced BMW M3 racing effort in the American Le Mans Series. The two-car GT2 class team will be fielded by Columbus, Ohio-based Rahal Letterman Racing. Following extensive 2008 development and testing of the BMW M3 race car, the Bobby Rahal-owned team will contest the full 2009 ALMS schedule.

In addition to the M3 effort in ALMS, BMW is represented throughout North American motorsports including Grand-Am, SCCA and the newly reorganized and renamed Formula BMW Americas.

JMI, which was founded by Brown in 1994, made a name for itself initially helping pair sponsors with NASCAR teams. Later, JMI made a splash in Formula One, and most recently the local firm has been hired by the Indy Racing League to help find category sponsors and a title sponsor. JMI, whose revenue grew from $10.6 million in 2003 to $80 million in 2007, manages more than $300 million in motorsports sponsorship deals annually.