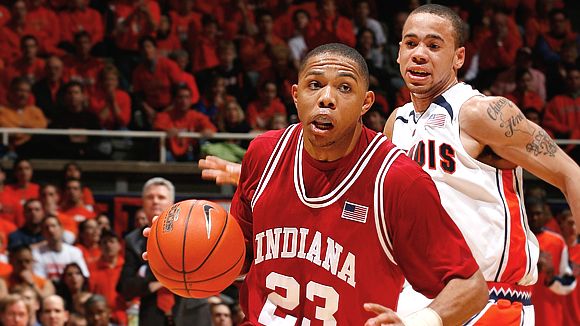 The vital statistics are in from last week’s NBA pre-draft camp. It’s official: Eric Gordon is nowhere near 6-foot-4— the measurement used by Indiana University when he played there last season—not even in his shoes.

The tape doesn’t lie, and Gordon was measured in Orlando at 6-foot-3 with his shoes on. When he was made to take his shoes off, he tickled the tape at 6-foot-2. That raised the eyebrows of some NBA general managers who might be considering the North Central High School grad as a shooting guard.

Meanwhile, one of the Indiana Pacers’ top prospects, Texas’ D.J. Augustin, was measured at 5-foot-10 without shoes, registered a 35-inch vertical leap, 3.07 in the three-quarters floor sprint and 11.27 in the agility test.