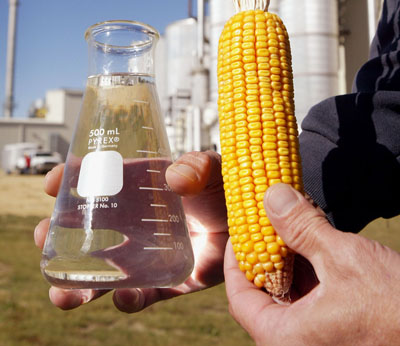 Debate over the Indy Racing League’s decision to partner with a Brazilian ethanol provider is still burning white hot. The one thing the IRL might have overlooked is that the in-fighting in the ethanol industry is as much about corn vs. sugar cane growers as it is about American vs. foreign producers. A story in this week’s IBJ print edition has sparked reaction on numerous fronts.

First from Terry Angstadt, president of IRL’s commercial division: “The [IRL] is proud to be fueled by ethanol, a renewable energy fuel. For the last three years, ethanol has been the official fuel as a result of a sponsorship agreement with the ethanol producers and EPIC, the Ethanol Promotion and Information Council. The ethanol producers recently notified the IRL that it would not be renewing the agreement for 2009 and beyond and EPIC is ceasing operation. No one from any other part of the American-based ethanol community stepped forward with a substantial proposal. Soon after, the [IRL] and APEX-Brasil reached a preliminary agreement. As part of that agreement, we plan on starting our 2009 season with American-produced ethanol. Opportunities still exist for American ethanol companies and organizations to continue involvement in the [IRL]. The [IRL] is pleased to continue to be the only major American racing series fueled by 100 percent fuel grade ethanol. APEX will use the [IRL] platform to promote a variety of Brazilian products, services and opportunities, including ethanol. We look forward to working with American producers and Brazilian producers of ethanol to promote ethanol as a renewable energy source and part of the solution to lessen the United States’ reliance on Middle Eastern oil.”

I also received several e-mails and phone calls from readers. Suffice it to say, the Iowa corn growers are not happy. Neither are Hoosier farmers. Here’s just one sample of the response I received. This from Indiana corn grower Max Warner: “I was extremely disappointed to learn the Indy Racing League is considering using Brazilian ethanol to power their cars in races in the USA. I have been a fan of the Indy 500 for as long as I can remember and I am 72 years old. But, my interest in this race, and ALL the rest of the Indy style races, will be non-existent if they do not reconsider.”

I also was contacted by officials for Omaha-based EPIC, who said they are not leaving the IRL due to financial difficulties.

“EPIC decided not to renew the fuel sponsorship to shift its focus to a legislative agenda as part of the new organization Growth Energy. The reason for the move was not financial, but a change in direction for our organization,” said EPIC Executive Director Toni Neurberg.

Neurberg also took a shot at the IRL’s decision to partner with Apex.

“I understand that the [IRL] is no different than any other business entity in tough economic times,” Neurberg said. “The need to secure sponsors is of utmost importance. But a decision based solely on financial issues misses the mark. The U.S. ethanol industry has transformed the energy landscape in this country, while providing jobs and pumping money back into the American economy. I sincerely hope the IRL will reconsider its decision.”