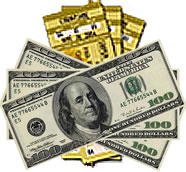 I have bad news for Indiana Pacers, Indianapolis Colts and Indianapolis Indians ticket buyers. By the time you buy tickets for next season’s games, you’ll likely be hit with a higher ticket tax. For Indianapolis Indians’ fans, that could come as soon as April. This is coming despite a loud protest by Indians officials that the tax isn’t fair. The Colts too have decried the ticket tax.

As you probably know, the city’s Capital Improvement Board is facing a $37 million deficit. It was $43 million until last week when the CIB hatcheted $6 million out of its own budget. That deficit is mostly due to operational expenses at the homes of the Colts and Pacers.

After talking to state legislators and City-County Council members this week, I’m convinced one of the mechanisms to raise revenue for this shortfall is going to be a ticket tax hike. People buying tickets to sports and entertainment events at Conseco Fieldhouse, Lucas Oil Stadium and Victory Field are already getting dinged with a 6 percent tax. It soon could be 7 percent or 8 percent, maybe even 9 percent. For every 1 percent the ticket tax is raised, that would bring in between $600,000 and $800,000 annually from Pacers, Colts and Indians games. Other ticketed events in those venues would add to the till. Still, a ticket tax is only part of the answer to making up the shortfall, but as far as I can tell, it’s the most popular part. So, despite all the teams’ efforts not to raise ticket prices, those prices will be increasing.

“Of all the potential funding sources, the ticket tax makes the most sense to me,” said City-County Councilwoman Joanne Sanders, Democrat minority leader. “I think true users of the facility should have to pay. The direct use is an important thing to look at.”

City-County Council President Bob Cockrum, a Republican, also thinks an increased ticket tax is a logical option. But he also thinks the teams should pitch in. Good luck with that. And he has another interesting idea. Cockrum said one potential source is a one-quarter of 1 percent income tax on people who work in Marion County, but live in other counties. As a resident of Marion County, that sounds good to me. But I wonder how my co-workers from Johnson and Hamilton counties will feel about that.

Sen. Luke Kenley, R-Noblesville, a key fiscal leader in the state legislature, might have the best take. Or at least the most realistic. When asked about possible funding sources for the CIB’s budgetary shortfall, Kenley responded, “Anything is possible.”