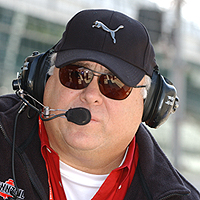 Barnes said he negotiated the deal with former Pathway owner Michael Husain in early 2006, but never received any goods or services. Barnes is seeking the return of his original payment, plus all the materials he turned over to Pathway.

Barnes also is seeking compensation for a Panther Education Center franchise he had sold but was unable to deliver because Pathway never produced the materials Barnes requested.

“Pathway is defunct, there are no assets there,” Mays said. “So Panther can go ahead and sue Pathway, but I’m not sure what good it’s going to do.”

Mays, who bought a majority share of Pathway in 2007, said he had nothing to do with the Panther deal, and laid the blame on Husain.

“Panther is the tip of the iceberg,” Mays said. “Michael took money for a lot of projects and never did the work. I’ve been above-board about everything. I’ve tried to do the right thing. I’m not running from anything.”

Husain, who recently left to start another firm, said he too has been above board. Husain said key staffers on the project resigned while he still owned the company, setting the project back. He said Mays and his staffers were notified of the project’s status before the sale of the company.

Barnes said he met with Husain and his staff frequently over a period of more than two years and later talked with representatives of Mays’ staff at Pathway, but never Mays himself. Barnes said his lawyers at Bose McKinney & Evans LLP tried to arrange a meeting with Mays, but they were rebuffed.

“In our business, we understand all about cash flow issues,” Barnes said. “But at this point, we have given Pathway all of our materials and our money, and we have nothing. We’d still like to launch this program, but at this point it’d be very difficult. Now, [Pathway officials] won’t even meet with us.”