Dreyer & Reinbold–Kingdom Racing has signed a deal making Gas Monkey Garage its primary sponsor for the 100th Running of the Indianapolis 500. 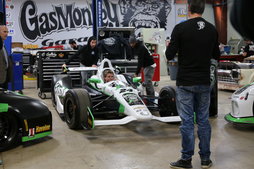 Led by Richard Rawlings, Gas Monkey Garage has been a successful automotive brand and collector car restoration business since 2002.

The Gas Monkey Garage brand has become global within the automobile industry in recent years and will launch its new energy drink this year, using the Indianapolis 500 as a platform.

“The Indy 500 is the biggest race in the world and our Gas Monkey Garage brand ties in very well with the team and legendary race. We can’t wait to see the Gas Monkey Garage Special on the track at the Indianapolis Motor Speedway,” said Rawlings, the focus of the Discovery Channel reality show featuring his company.

Karam returns for his third appearance in the Indianapolis 500. He drove 12 IndyCar races for Chip Ganassi Racing last year.

Sage scored his first IndyCar Series podium with a third at Iowa Speedway and also notched a fifth at Auto Club Speedway in Fontana, California in 2015. Karam also has competed in the Rolex 24 at Daytona and the 12 Hours of Sebring sports car events. 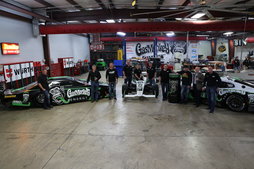 Dreyer & Reinbold Racing officials said they will be making other sponsorship announcements for the 100th Indy 500 in the near future.