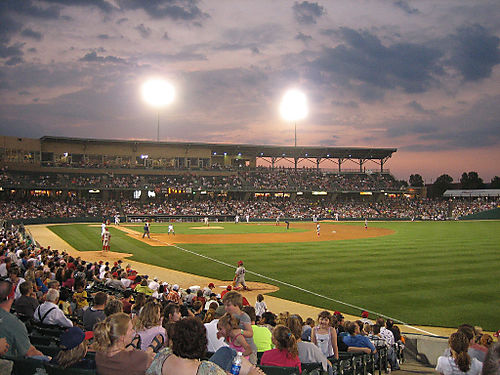 Openings can be single games or double headers. Attendance is up from last year, when the Tribe drew 349,812 after 47 openings.

Problem is, there have been five rain outs this year (including July 4, which is usually the highest attendance of the year) against only one rain out last year. The Indians make up rain outs with double headers, and attendance for double headers is rarely if ever twice what it is for a single game.

So, the Indians will have fewer openings this year and likely fewer tickets sold. Last year, the team drew 606,155, an eight-year attendance high.

With 20 openings left this year (assuming there are no more wash outs), the Indians are 4.9 percent behind where the team was in attendance with 20 openings remaining last year. The team will have to average 11,226 fans per game through the rest of the season to hit 600,000.

The team is still drawing strong, Schumacher pointed out. During an eight-game home stand from July 20-27, the Tribe drew 10,886 per game, and the July 20 game against Durham drew 13,862, which was better than MLB games in Pittsburgh and Oakland that same night.

“We had been on the road two weeks, and people were really hungry to see games,” Schumacher said. “We hope we can keep the momentum going.”