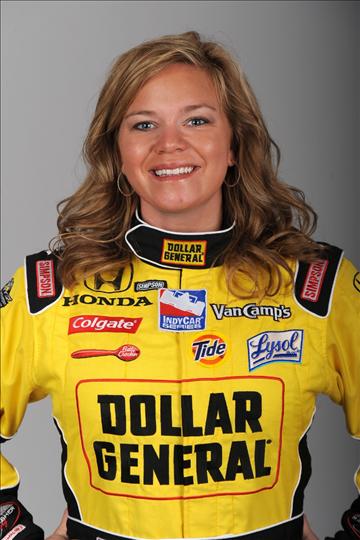 Sarah Fisher arrived blind-folded at 10:50 a.m. today at her race shop on the city’s west side. But she wasn’t being kidnapped and dragged to work. Fisher’s own team put blinders on her for a surprise sponsorship announcement.

The announcement, team officials said, is a monumental one for the two-year-old team and 29-year-old driver and owner of Sarah Fisher Racing. SFR officials said Wichita, Kansas-based Hartman Oil Co. stepped up with a commitment that will allow the team to purchase a back-up car. Her crew surprised her with the car this morning.

Fisher’s team raced in three races in 2008. With the help of primary sponsor, Dollar General, the team expanded to a six-race schedule this year. Team offials said today they’ll have another major sponsor announcement next week that will put Fisher on the track at the Indy Racing League’s Miami race Oct. 10.

Though SFR officials are still finalizing plans for the 2010 season, they hope to have Fisher on the track for all the oval races. A back-up car will be critical to making that growth happen, and achieving the dream of racing the entire series.