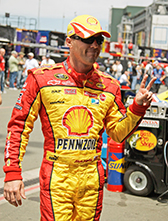 “Cincinnati Bell is a well-known, well-respected company with
a huge presence in the Midwest,” said Trevor Yager, TrendyMinds principal. “Their recycling promotion is an exciting
one to work on, especially given the ‘green’ movement in business.”

The agency also has extended the contracts through 2010 to do interactive
work for NASCAR driver Kevin Harvick and interactive and public relations work for The Polis Center at IUPUI.