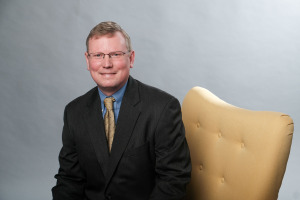 Chris Stowers in April joined Dutch nutrition and specialty chemicals company DSM, where he leads a team of scientists and engineers responsible for developing sustainable processes for the production of nutritional products such as vitamins, carotenoids and lipids. Previously he led a team at Corteva Agriscience responsible for improving the company’s natural products for the insecticides and fungicides markets.

Getting here: Stowers started at Dow Agroscience, which eventually became Corteva, in 2008 as a senior biochemical engineer. He moved up to oversee a team of scientists and engineers working to develop and scale fermentation processes for insecticides, fungicides and biochemicals. He was promoted multiple times, and in 2019, his responsibilities expanded to lead the bioengineering and bioprocessing R&D departments. Then in April, he took the post at DSM.

First job: Supporting equipment refurbishment in chemical plants at an industrial-coatings company. “It was here that I observed the impressive scale of chemical manufacturing plants and grew my passion for engineering,” he said.

Influential person: His father, Rex Stowers, an engineer in the chemical industry for many years. “He would often task me with jobs that I felt were far beyond my capabilities and then he pushed me to see them to an end.”