Home » 2021 Innovation Issue: ‘This is the most traction I’ve ever seen’ 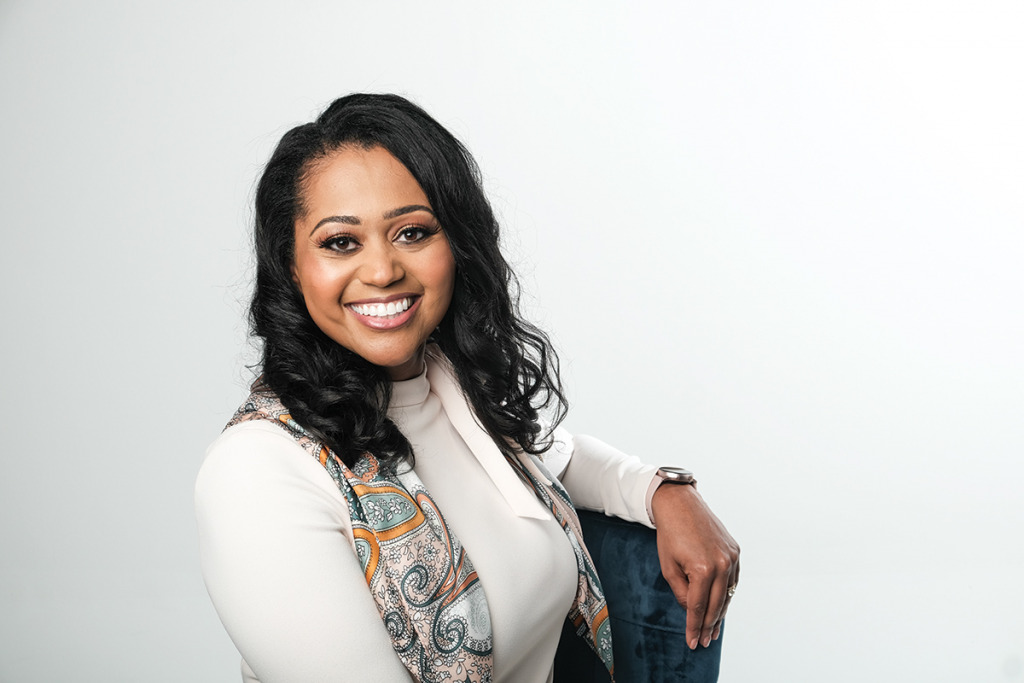 Following racial justice protests last year, Tamara Cypress joined Black Onyx Management, a benefits corporation and management consultancy, to help empower Black and marginalized communities. Since then, she has helped create Indy Black Businesses Matter, which is focused on growing Black-owned companies across the city, and Indy Accomplice, a corporate social responsibility program that aims to advance racial equity. Cypress recently discussed with IBJ the progress that’s been made on equity and inclusion problems over the last year and the challenges that still exist.

You’ve recently been engaging with Black business owners pro bono through Indy Black Businesses Matter. Can you talk about why you dove into that and what the process was like?

Last summer, not only did we have COVID, but there was this racial reckoning that happened, and we were following the [national] data that suggested about 40% of Black businesses were permanently closing. So I wanted to do my small part and at least lead from where I am.

What I thought I could do was really home in on storytelling, networking and marketing. Last summer, we opened it up, not knowing who would sign up, and 80 businesses signed up in the first two weeks.

How has starting that project informed the consulting work that you do with Black Onyx Management?

Every time we learn something, we’re trying to bring it back to the corporations that we work for.

What we’re learning is, when Black businesses say they don’t have access to information and capital, what they’re really saying, “It’s hard to work with corporate America.” And when we go back to these corporations and then we say, “So, how is your supplier-diversity program?” And then they look at their supplier-diversity policies. They’re like, “You’re right; we are hard to work with,” or, “It is difficult for a small business to meet all the criteria that’s in this RFP,” or they say, “You’re right; we probably did just send that bid to the people that we normally work with.” We’re discovering all kinds of “aha” moments, and it’s not a bad thing.

How has the DEI consulting space changed since the racial-justice protests last summer you referenced?

My background is in corporate, kind of on the other side, but I will say, from a positive standpoint, this is the most traction I’ve ever seen. So, although there’s lots of statements that are out there without action and there’s lots of work that still needs to be done, I’ve never seen so much interest and activity in this space in the 18 years that I’ve been in my career.

I’ll even say I’m really impressed that some [companies] are actually kind of sensitive to this space, and they realize that there’s other organizations that are already doing good work here. How can they elevate or amplify the work that’s already happening? That’s where I know that companies are serious about this, because they’re not just trying to create something new, but they’re collaborating, they’re partnering and they’re working with grassroots organizations that actually know the people—the populations that they’re trying to support.

When companies come to you, in what areas do they tend to need the most help?

All of them say the marketplace. … There are some guidelines out there, like, even if you follow the city council, the percentage that they want you to work with minority vendors—and minority is a tricky word.

It doesn’t designate any particular group. It sounds like it’s a good thing, like, “Hey, any minority.” But what we’re finding is, when companies want to help minorities, usually white women are the only ones that prevail.

You have to be very, very vigilant [in] saying, “We want to double business with Black businesses; we want to ensure that we hire X amount of Black employees,” … so you just have to get a little bit more detailed with some of those pieces.

What other changes are you recommending most often?

You need to build a plan. When we talk about hiring policies or your diversity and procurement procedures, it can’t be a blank page. We’re encouraging folks to collaborate with those organizations that help businesses directly. So Mid-States [Minority Supplier Development Council] works with Black businesses. They help get them certified, so they have a pipeline of businesses. Working with the Black Chamber, they also have pipelines.

When you’re trying to help companies implement some of these changes, what other challenges or barriers do you often encounter?

Pace. I think it’s human nature, that, when there’s a problem, people want to solve it. And this space, [the problems] can’t be solved overnight. It’s sticky, it’s messy, and if it could be solved quickly, it would have already been solved. So, getting people to think about the pace from two perspectives. One, a reality check of how long this will take, but also making sure people want to continue to do it … when things don’t happen quickly. You kind of lose steam, or another squirrel comes by, and you’re like, “Oh, I’ve got to work on that.”

What do you hope to see come out of this work?

I am inspired by organizations that are out here putting in the work and have tough skin and realize that they need to roll up their sleeves and work in different ways to really advance equity.

I hope that we continue to put money in this space, I hope we continue to put man hours in this space, and I really hope that, even the communities as a whole, that they can be open as well to corporations. I know it’s hard when you’ve not been rewarded or you’ve been burned in that space before. [The corporations have] never come around before, [so], “Why are you here now?” But I do feel that there’s some positive energy here. I hope we continue to measure success, so when we wake up in 2022, we’re not just looking at, “Hey, COVID is gone, and we went back to normal.”

I hope that we really show that we’ve moved the needle.•