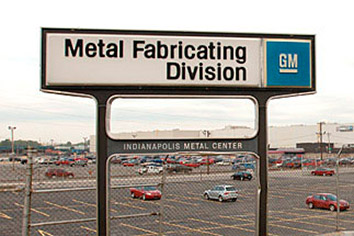 General Motors' return to life as a public traded company was received well on Wall Street, with the stock closing Thursday at $34.19.

The stock jumped from the initial public offering price of $33 as high to $35.99 after GM Chief Executive Dan Akerson rang the opening bell on the New York Stock Exchange.

The trading caps a remarkable turnaround for the American icon, which left bankruptcy 16 months ago with the help of a $50 billion government bailout.

The U.S. government and GM's other owners sold 478 million common shares to investors for $15.8 billion. The share price needs to rise above $50 for the government to get all its bailout money back. That could take a couple of years.

The federal Treasury is unloading more than 400 million shares of GM, reducing its stake in the company from 61 percent to about 33 percent.

The IPO could wind up as the largest in history. GM set a price of $33 per common share on Wednesday, a day after it raised the number of shares it will offer to satisfy investor demand. When the U.S. government and other owners sell their shares, they'll raise $18.2 billion. GM will raise another $5 billion by selling 100 million preferred shares at $50 each.

Together, the sale of common and preferred stock will bring the deal's value to a record $23.2 billion.

The stock offering is the latest in a series of head-spinning developments over the past two years for an American corporate icon.

In September 2008, to mark its 100th birthday, the automaker celebrated in the grand three-story atrium on the ground floor of its Detroit headquarters.

Two months later, then-CEO Rick Wagoner found himself in front of members of Congress, begging for money to keep GM alive. Four months after that, he was ousted by President Barack Obama.

By June 2009, GM had filed for bankruptcy. It emerged relieved of most of its debt but mostly owned by the government and saddled with a damaging nickname: "Government Motors." The value of its old stock was wiped out, along with $27 billion in bond value.

Obama on Wednesday said GM's IPO marks a major milestone not only in the turnaround of the company, but of the U.S. auto industry as a whole.

"Supporting the American auto industry required tough decisions and shared sacrifices, but it helped save jobs, rescue an industry at the heart of America's manufacturing sector, and make it more competitive for the future," he said.

Most of the new stock will go to institutional investors, not to everyday investors, following a Wall Street system that rewards investment banks' big customers. GM will set aside 5 percent of its new stock for employees, retirees and car dealers to buy at the offering price. The deadline to sign up was Oct. 22, but the company has not revealed how many people took the offer.

Senior Obama administration officials said Wednesday that the Treasury Department sought to strike a balance between getting a return for taxpayers and exiting government ownership as soon as practical.

The government has agreed that it will not sell shares outside the IPO for six months after the sale. The officials, who spoke on condition of anonymity, said they would assess their options for selling the government's stake further.

In the stock offering, the government stands to make $13.6 billion if it sells 412 million shares, as planned, for $33 apiece. It will still have about 500 million shares, a one-third stake. It would have to sell those shares over the next two to three years at about $53 a share for taxpayers to come out even.

The total bailout was $50 billion. GM has already paid or agreed to pay back $9.5 billion. That comes from cash and payments related to preferred stock held by the government.

The GM debut comes at a time when auto stocks are performing well generally. The stock of GM's crosstown rival, Ford, has risen steadily this year, from about $10 in January to about $16.50 as the GM IPO approached. The stock traded for a dollar in November 2008, and Ford never even took bailout money.

As for GM, whether bankruptcy actually fixed the company remains an open question. Before the crisis, it was saddled with debt and had a labor contract that called for paying workers even if they weren't working. Massive pension and health care costs kept GM's fixed costs high, and contracts with dealers meant it would be expensive to shut underperforming brands. Combined, those problems put the automaker in a topsy-turvy world where it made more sense to run plants at full bore, even if no one was buying cars.

Bankruptcy fixed much of that. The company closed 14 of its 47 plants, shuttered or sold off its Hummer, Saturn, Saab and Pontiac brands, and slashed its debt from about $46 billion to about $8 billion. Union retiree health care costs are now the United Auto Workers' responsibility, and the controversial jobs program that paid idled workers almost a full salary has been eliminated.

Still, questions remain. With this stock offering, GM doesn't rid itself of government intervention. The government remains a big shareholder.

Financial problems that plagued the automaker for the past decade still don't seem under control: Despite hiring Chris Liddell, a new CFO from Microsoft known for fixing problems, GM says it's still not sure all the financial problems were fixed.