Home » Cheap concert seats due after cruel summer of 2010 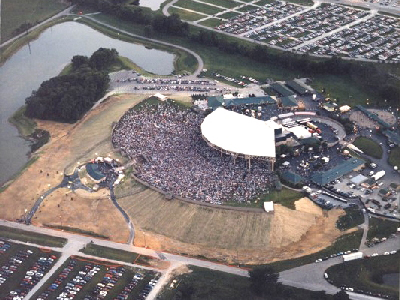 Concertgoers sick of ballooning ticket prices should have some extra pocket change to rattle with their rock 'n' roll in the new year.

This was a tough year for the concert business nationwide as high prices kept many fans at home. Promoters now say they plan to make shows more affordable in 2011. But they'll also try to sell more T-shirts and other merchandise to make up for lost revenue.

Heading into last summer, usually the busiest time of the year, prices were set too high despite the sluggish economy. Managers and promoters believed fans would keep paying for the one or two concerts they see on average each year.

Instead, many stayed home and dozens of shows were canceled. Lots of venues filled seats with fire-sale prices.

Now, rather than charge lots early and offer discounts later, some promoters say they'll offer cheaper tickets from the start, partly because they know fans will spend as much as usual on beer and tchotchkes when they arrive.

"It's time to give the value back," said Carl Stubner, manager of the long-bearded rock band from Texas. "We'll find other ways to make money."

That doesn't mean all acts will be cheap — not even Cheap Trick, whose tickets for 2011 are selling for around $80 with fees. Fans of hot performers including Justin Bieber and Lady Gaga also shouldn't expect to get much of a break.

Neil Diamond, for instance, who's continuing his comeback tour in New Zealand in February, said he'd like to bring ticket prices down, but can't because of the size of his production.

"As the shows get bigger, the expenses get bigger, so it's got to be translated somehow to the ticket price," he told The Associated Press. "If I just used the guitar it'd be a lot simpler, but then I'd have to put 50 people out of work."

Overall, though, more artists than ever are going out on the road to make up for falling CD sales. With more tickets on sale and consumers still pinching pennies, the pressure on prices is down.

Concert attendance fell 12 percent in the first half of 2010, compared with the same period a year ago, according to trade magazine Pollstar. The world's largest concert promoter, Live Nation Entertainment Inc., said attendance from July to September dropped 16 percent from a year ago, even after it slashed fees and prices for dozens of acts, including Rod Stewart. Live Nation owns Verizon Wireless Music Center in Noblesville and manages a number of other local venues.

"It's just getting too expensive," says Michael Nemcik, who lost his job as a stockbroker in 2009 and now works as a bartender in Los Angeles. He went to about a dozen concerts in 2010, about half as many as the year before. Paying more than $200 for decent seats to see A Perfect Circle in November was just too much.

"I'm a little more hesitant on spending money than I used to be," he said.

Concert ticket prices had climbed steadily until recently, beginning in the 1990s when promoters began moving from one-price-fits-all ticketing to a tiered model that charges much higher prices for seats close to the stage.

North American concert ticket prices rose from an average $26 in 1996 to a peak of $67 in 2008, an increase four times faster than inflation. That doesn't include ticket fees for everything from "order processing" to "convenience," which can tack on $10 or more.

In 2009, ticket prices came down by about a buck, as managers braced for the worst of the recession. Fans responded by buying 12 percent more tickets than in 2008. Promoters figured fans were coming back for more in 2010 and raised prices. It backfired.

That's when the promoters had to offer deep discounts to fill seats. The average ticket cost a little less than $61 in the first half of 2010. Second-half numbers are expected to show a drop, too, because the discounts have continued.

"People felt they could go back to pushing the envelope again," Pollstar editor-in-chief Gary Bongiovanni said. "The economy has proven that a lot of people probably reached too far."

Although the average isn't expected to fall drastically in 2011, there'll be bargains at the back of the house.

Prices for front-row seats may actually go up as part of Live Nation's bid to grab revenue that might otherwise go to ticket resellers. But the company has said it wants to cut prices even further for the cheap seats to let in more fans.

When Live Nation cut prices in 2010, fans spent about the same amount as always — nearly $18 in North American amphitheaters — on beer, merchandise and other stuff, all of which helps the company's bottom line because it owns major venues including the House of Blues in 13 cities.

Live Nation also is developing a long-overdue shopping basket for its websites to lure fans to spend their ticket savings on CDs, clothes and other items, and it recently rolled out an iPhone app that could be used in the future to sell merchandise.

None of those extra businesses works unless fans buy tickets, though.

"We know that if you lower the price, they'll come," Live Nation CEO Michael Rapino told investors in November.

But some of the most powerful managers in the business are motivated to secure as much money as they can for their artists, and Live Nation faces pressure to outbid rival concert promoters by paying artists more. Artists struggling to make up for income lost to plummeting CD sales also may push fans to pay more. Those factors can cause prices to inch up.

Rapino said the company may simply have to walk away from some deals and hold fewer shows, especially ones that have low or no profit margins.

Demi Lovato, whose Camp Rock 2 tour with the Jonas Brothers had to cancel a dozen North American shows in 2010, told the AP recently that she'll do her best to keep prices reasonable for a solo tour planned for 2011 to promote her third album. (Her camp says the tour is still on track, despite her entering treatment for "emotional and physical issues.")

"I have best friends that aren't in the industry and are dealing with just buying groceries and things like that, so I want to do my part," she said.