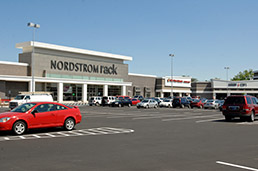 Kite Realty Group Trust says leasing activity has picked up, debt maturities are under control, and new retail developments are on target to boost operating income this year an impressive 17 percent.

So why are the company’s shares still trading like it’s 2009?

Shares in the Indianapolis-based real estate investment trust, which went public in 2004 at $13 apiece, spent most of the last three years bouncing between $3 and $5. They finished August at $4.29, down about 23 percent for the year.

Kite’s bargain-bin share price can be blamed on a combination of its size—investors have flocked to larger real estate players with more capital and more properties to spread out risk—and a show-me sensibility among investors not yet convinced Kite can deliver the stronger results it is projecting, analysts and company executives said.

No one disputes that Kite is in better shape than it was two years ago. Debt maturities are down to a manageable $50 million per year from double that at times in recent years, and small-shop occupancy has risen to 93 percent.

Development projects, including a massive $95 million effort in Delray Beach, Fla., are leasing up well. The Delray project is 62-percent leased. A second phase of South Elgin Commons in Chicago is 100-percent leased. The company’s redevelopment of Rivers Edge in Indianapolis, with a Nordstrom Rack and The Container Store, is 98-percent leased.

New leases, many set to begin by the fourth quarter, should add about $11 million to operating income this year, a nice boost for a company that has been earning roughly $60 million per year on $100 million in revenue.

But the money isn’t rolling in, just yet.

“Talk is cheap,” said Kite Chief Operating Officer Tom McGowan. “At this point, we’ve got to deliver. We’re going to have to demonstrate all the positive things on the horizon. You may feel good, but ultimately your report card comes out as a stock price.”

Year to date, based on share performance, Kite is the worst-performing shopping center REIT out of the 20 that analysts for Toronto-based RBC Capital Markets cover.

Analyst Richard C. Moore, who works out of RBC Capital’s Cleveland office, said worries about Kite have ranged from whether it could pull off unfinished and capital-intensive developments to concerns about leverage on its balance sheet. The company’s small size also has factored large.

“In the current market malaise, smaller has unquestionably underperformed,” said Moore, who maintains a hold rating on Kite’s shares. “When you get into these periods of nervousness, the more liquid and defensive names are the ones where investors gravitate.”

Shares in much larger local REITs have outperformed Kite. Simon Property Group is up about 20 percent on the year, while Duke Realty Corp. is basically unchanged.

Still, Kite is making progress, Moore said, by focusing on existing projects and using its expertise to acquire promising new sites. Well-run smaller REITs are arguably better positioned than larger ones, since it’s easier for a single successful project to “move the needle.”

He’s well aware of the stock price, but says he isn’t letting it affect how he runs the business on a daily basis. After all, some weakness is to be expected following what Kite describes as the four worst years for real estate in the last 75.

“We’re in a market that’s very volatile,” Kite said. “But the company is extremely stable, in a much better condition to weather a potential second leg down than we were in 2008.”

While the economic environment is “not very robust” for companies primarily focused on developing new retail centers, Kite has made surprising progress on its development pipeline in the past six months, said Paul E. Adornato, a REIT analyst for BMO Capital Markets in New York.

“We would have expected more weakness given the overall economy and weakness of retail tenants,” said Adornato, who has a hold rating and $5 target on the company’s shares. “They need to continue to focus on their business, really just executing on the projects they have in the pipeline, managing their balance sheet, making sure existing properties are well leased.”

Part of the reason Kite’s shares don’t reflect its improving fortunes is a higher exposure to new developments that has spooked some investors, Adornato said. But what’s now seen by some as a liability will be an asset as the economy starts to pick up.

“The projects that they do have, in Florida and North Carolina and elsewhere, are located in the growth nodes of the country, areas with attractive demographics where growth will return when the economy comes back overall,” Adornato said.

CEO John Kite said he plans to give the share price some time to catch up to the company’s improving fundamentals.

And if it doesn’t? He’s not ruling out a more aggressive move, such as a share buyback.

“The stock price is frustrating, sure,” Kite said. “But it’s not indicative of the value of the business. We are trading at a significant discount to net asset value.”

Analysts at Citigroup Global Markets seem to agree. In an August report, they gave Kite a buy rating and a $6 price target, implying potential upside of about 50 percent for the company’s shares.•