Law firms so far this year are proving to be much more open to hooking up than they were in 2010, according to the most recent statistics from suburban Philadelphia-based Altman Weil Inc. 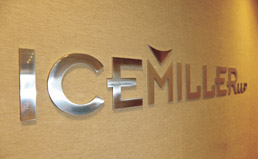 The combined firm, which will operate as Ice Miller, will rank among the 150 largest law firms in the United States. The merger is effective Jan. 1.

Another of Indianapolis’ largest firms, Baker & Daniels LLP, announced in August that it’s in merger discussions with Faegre & Benson LLP in Minneapolis. Partners could vote on the deal sometime in October.

Altman Weil didn’t include the potential merger in its third-quarter statistics because the deal has not been finalized.

Law firm merger activity is up 79 percent through the first nine months of the year from the same time in 2010, with Altman Weil reporting 43 deals during that time.