The Financial Planning Association of Greater Indiana entered a four-year deal with the Indianapolis Symphony Orchestra, agreeing to sponsor one performance a year in exchange for advertising in ISO programs. 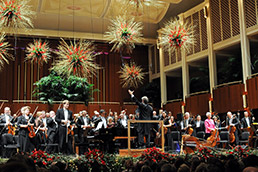 Many professionals support cultural institutions on their own, but John Guy, president of Indianapolis-based Wealth Planning & Management, thinks this may be the first time an association has signed on as a sponsor, at least with the ISO.

The FPA financed its sponsorship mostly through donations from a group of 11 members who especially wanted to support the ISO. Some of those members, including Guy, have given to the ISO before, but they made larger gifts through the professional group. Others were first-time donors.

The goal was to generate a net gain for the ISO, Guy said.