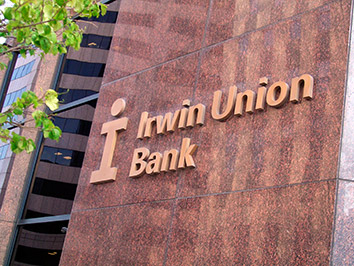 When a bank fails, the finger-pointing starts almost the moment regulators lock the institution’s doors. And so it was with Columbus-based Irwin Union Bank & Trust Co., one of the state’s oldest banks, which flamed out in 2009 and had most of its business acquired by First Financial Bancorp of Cincinnati.

Three years later, the Federal Deposit Insurance Corp. has a new deep-pocketed target in its quest to cut its massive losses from the failure—JPMorgan Chase & Co., the nation’s biggest bank, which underwrote securities backed by residential mortgages that Irwin bought in 2006 and 2007 for $26 million.

Many of the loans soured, no doubt in part because of the economic turmoil that soon hit. But according to a pair of lawsuits the FDIC filed this fall, there was another factor: a litany of false and misleading statements in offering materials that made the loans appear far less risky than they actually were.

In particular, JPMorgan used inflated appraisals, which caused loan-to-value ratios to appear under 100 percent when they often were higher, according to the lawsuits, which were filed in Bartholomew County before being transferred to federal court. In addition, the suits say, offering materials overstated the number of homes that were owner-occupied and understated the number with liens against them.

Overall, JPMorgan made false or misleading statements about 72 percent of the 4,418 residential mortgages backing the securities, according to the FDIC’s analysis of the loan pools.

The lawsuits point out that overstated property values can go a long way toward making risky mortgages look safe. In one instance, for example, Irwin acquired a $368,000 mortgage for a property supposedly worth $460,000, which would mean the loan-to-value ratio was a comfortable 80 percent. But the property actually was worth just $357,000, making the real loan to value 103 percent, the FDIC alleges.

“The overstated values … in the securitization made virtually every statement made by the defendants about the LTVs of the mortgage loans untrue or misleading,” the FDIC said in one of the lawsuits.

JPMorgan Chase has not filed a response to the suits, and a spokeswoman for the New York-based bank said it does not comment on pending litigation.

The FDIC—which has filed similar lawsuits against underwriters of mortgage securities bought by other U.S. banks that failed—didn’t say in the Irwin Union suits how much it is seeking in damages.

The Columbus bank’s failure resulted in estimated losses to the FDIC’s deposit insurance fund of more than $550 million, according to a report issued by the Federal Reserve’s inspector general in 2010.

That report blamed the failure on Irwin’s adoption of an aggressive growth strategy in the early 2000s, and on regulators’ failure to take strong supervisory action despite red flags.

As Irwin Union tripled in size from 2000 to 2005, “the board of directors and management failed to ensure that the bank’s key corporate control functions and risk management practices kept pace,” the report said.

Also suffering steep losses were creditors of Irwin Financial Corp., the bank’s parent, which listed assets of $13 million and liabilities of $230 million after it slid into bankruptcy three years ago.

Its bankruptcy trustee last year tried to lower the boom on the bank’s top executives, charging in a $500 million lawsuit that they breached their fiduciary duties.

A federal judge dismissed all claims in September. However, the trustee, Elliott Levin, has filed papers to appeal.

The attorney for the executives, Jim Knauer, has argued the suit unfairly attacks the business judgments of the executives “in the light of 20-20 hindsight applied to events during the near-collapse of the financial system and housing markets.”

We Hoosiers have long thought of Indianapolis-based Steak n Shake as a regional chain. But San Antonio-based hedge fund manager Sardar Biglari, who wrested control of the business four years ago, has far grander ambitions.

In his annual letter to shareholders of Biglari Holdings Inc. on Dec. 7, Biglari noted that Steak n Shake has signed agreements that would increase the number of franchised outlets from 87 to 258 in the coming years.

Biglari said Steak n Shake isn’t thinking just domestically. He said it’s in the process of opening an office in Europe and recently signed an agreement for 40 restaurants throughout the United Arab Emirates.

“The UAE will be the springboard from which we plan to grow the Steak n Shake brand in many other countries,” he wrote.

He added: “By pursuing a franchising strategy, we are teaming up with partners in our determination to become a global brand. I have always believed that Steak n Shake is a brand that can be ubiquitous.”•