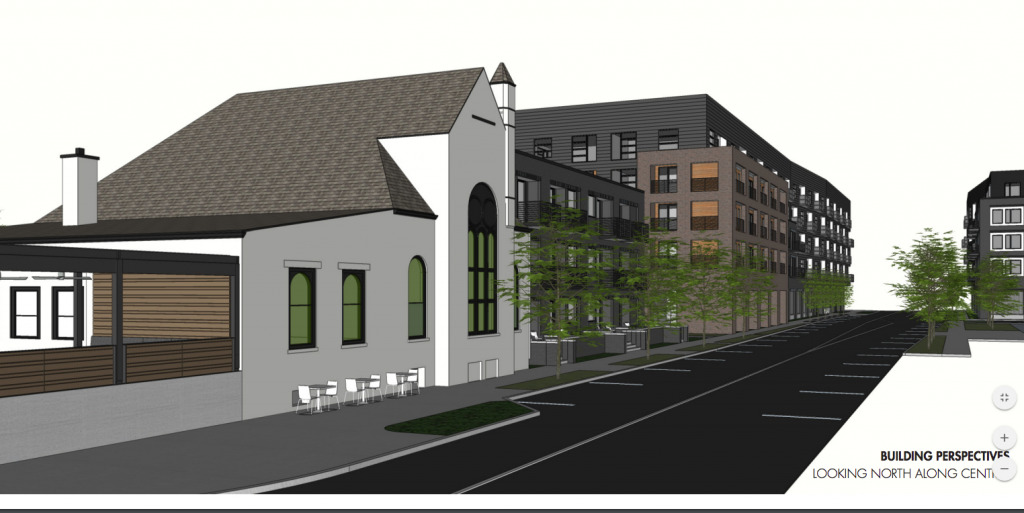 The project includes 234 multifamily units in the 2100 block of Central Avenue, along with nearly 12,000 square feet of new or redeveloped commercial space. Part of the plan calls for the renovation of a church building at the northwest corner of 21st Street and Central.

The apartments will range from 430-square-foot studios to 1,500-square-foot, two-bedroom units, according to early design plans. The yet-unnamed development is expected to include an affordable housing component.

“There’s a lot going on in that corridor,” said Jarod Brown, managing director and head of acquisitions and development for Birge & Held. “We love the Herron-Morton neighborhood and this is really the gateway to the area. It’s seen significant growth in the last 10 to 15 years, and we think it’s a great place to expand the community and provide another offering.”

Brown said the project will be broken into two phases, with the first expected to start sometime next spring and the second to start by the end of that year. He said the overall cost is expected to exceed $40 million, but added that a precise figure has not been determined.

The first phase, occupying most of the western portion of the block, is expected to include 150 apartment units as well as parking and nearly 6,700 square feet of retail or restaurant space. The number of parking spaces for the first phase was still being determined.

The apartments will be split across three buildings—one with 108 units, another with 30, and a third with 12. The buildings will range from three to five stories.

As part of that phase, the Freedom Worship Center, 2102 Central Ave., will be converted into about 3,640 square feet of commercial space, possibly retail or a restaurant.

The second phase calls for a five-story, 84-unit apartment building with parking and about 5,300 square feet of ground-floor retail. It also includes a 38-space surface parking lot.

An empty strip shopping center sits in the middle of the west side of the block where the first phase will go. A small liquor store sits along East 22nd Street, where the second phase is planned, and a Dollar General store sits just south of that phase’s boundaries.

Birge & Held has the land it needs for the proposed project under contract, Brown said.

The company is scheduled to discuss the project during an early October meeting of the Indianapolis Historic Preservation Commission as part of a preliminary hearing—meaning a vote is not expected.

Brown said the hearing will “help us further refine the scope of the project and some of the amenities” associated with the development.

The firm plans to ask the city of Indianapolis for incentives for the project, in exchange for an affordability component to the development. Incentives can take many forms, but most often come through developer-backed tax-increment-financing bonds that rely on the improved property tax revenue to repay some development costs.

The city generally requires at least a 10% allotment of affordable units—those available to tenants making 80% of the area’s median income—but the allotment can sometimes be as high as 25%.

Birge & Held owns or manages a dozen Indianapolis-area properties, including the Maxwell, Edgewater Apartments and Regency Park. In all, the company oversees about 40 properties across nine states, according to its website. The firm was founded in 2008.

Indianapolis-based firm Blackline is the designer of the project.