Home » Legislative recap: ‘Short’ session a busy one after all

The latest Indiana General Assembly, which wrapped up a “short” session March 14, tackled a rather lengthy list of bills. Here’s a look at how some notable proposals fared.

Legislators sent the governor his biggest legislative wish—a package of business tax cuts that supporters say will lure more companies to the state by giving Indiana the lowest corporate tax rate in the country.

Opponents, however, expressed concern over the impact the cuts could have on local governments. 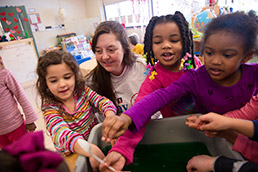 The bill wasn’t as far-reaching as Pence had hoped, but he expressed pleasure with the legislation and said he would sign it into law.

Senate Enrolled Act 1 reduces, in phases, the state’s corporate income-tax and banking-tax rate from 6.5 percent next year to 4.9 percent by 2021.

It also gives counties the option of eliminating the business personal property tax on new equipment on companies with less than $20,000 in taxable business equipment.

Municipalities could abate local business taxes for up to 20 years starting in July 2015 instead of the maximum 10 years allowed under current law.

Lawmakers passed more than 30 education-related measures, including a $10 million, five-county pilot preschool program for about 1,000 low-income children. The legislation was pushed heavily by Pence and came with several funding stipulations to lower the cost to taxpayers.

Another measure did away with federal Common Core standards in a move that dovetailed with an effort already under way by the state’s education leaders to draw up new standards for determining whether students are ready for college or the work force.

In another bill sent to Pence, Indiana would pay up to $9,000 of student loans for top teachers in science, technology, engineering or math.

Another measure pushed by the governor will let the state use $400 million to leverage up to $2.4 billion in federal funding for highway projects —including additional lanes for Interstates 65, 69 and 70. The first $200 million would be given to the Indiana Department of Transportation immediately, but the second half would be released only after legislators receive an update on the state’s finances in December.

But it also bans counties from adding light-rail train lines to their systems and requires officials to seek corporate support through donations.

A bill that puts the state’s energy-efficiency program, Energizing Indiana, on hold for a year was sent to the governor, outraging environmental groups.

Supporters of the program say it employs hundreds of workers and saves money for consumers who receive free, in-home energy audits. But opponents, led by the state’s utilities and major manufacturers, have criticized it as a wasteful tax that has cost ratepayers $500 million since 2009 and will cost as much as $1.9 billion more by 2019.

A bill that would allow Indiana farm wineries to sell up to 5,000 gallons of wine per year by the bottle or case—if it’s priced less than $301 per gallon—was sent to the governor.

Meanwhile, Pence signed a bill ending a 67-year ban on selling alcoholic beverages at the Indiana State Fair, positioning Indiana to join 48 other states that allow the practice.

The high-profile constitutional amendment banning gay marriage passed after it was stripped of its controversial second sentence, which would have prohibited civil unions. The changed amendment will have to be debated again in the next biennial session, 2015-2016, before it can appear before voters.

Pence signed a bill that prevents the state from entering into an agreement with a third-party provider to sell annuities to retiring and retired members of the public employees’ retirement fund and the teachers’ retirement fund until 2017. It also cuts annuity payout rates from 7.5 percent to 5.75 percent starting Oct. 1, then to 4.5 percent or the prevailing market rate a year later.

Lawmakers unanimously passed a bill that would attempt to expedite the process of buying abandoned homes. The measure allows for an interest rate of only 5 percent, and buyers would take ownership of a home as soon as a tax sale is completed. Under current law, buyers must wait a year, allowing for the previous owners to pay taxes and interest on the home.

A bill to legalize the cultivation of industrial hemp passed easily. It requires hemp farmers to obtain a license and be subject to inspections and audits.

Industrial hemp is used in medicines, textiles, ropes, paper products, plastics and building materials. Hemp and marijuana both come from the cannabis plant.

Ten states have legalized hemp production, but it remains against federal law. However, the 2014 federal farm bill allows experimentation that could eventually lead to approval.

The bill allows owners that use a professional property manager to conduct their own inspections, or to submit verification that their property has been inspected as required under U.S. Housing and Urban Development programs.

Several high-profile proposals were voted down or weakened considerably:

Nursing homes: Lawmakers appeared on the verge of passing a two-year moratorium on nursing home construction before a flurry of last-minute lobbying killed the legislation. Democratic leaders promptly called for an ethics investigation into whether Rep. Eric Turner, R-Cicero, violated rules by working behind the scenes to stop the ban, to protect family business interests.

Soccer stadium: The owner of the Indy Eleven soccer franchise conceded that his push for state financing help for a proposed 18,500-seat, $87 million downtown soccer stadium would have to wait at least another year. Lawmakers dropped the proposal after an independent analysis determined the venue would generate a fraction of the revenue the team projected.

Gambling help: With revenue from gambling facilities sinking fast, lawmakers considered a bill to give casinos more tax breaks and expansion options, and let racinos add table games, but the proposal was sent to a summer study committee.

Welfare requirements: A divisive proposal to drug-test welfare recipients died in the session’s final minutes in a rare 24-24 floor vote by the Senate. Only food-stamp recipients with prior drug convictions would have been affected.

Cold medicine: A bill making medications that contain ephedrine or pseudoephedrine available only through a prescription was referred to the public health committee for more study. Proponents say the measure would help battle a growing methamphetamine problem, but opponents say it would mean significant costs and inconvenience for law-abiding allergy sufferers.

Historic tax credits: A bill that would have expanded the state’s historic preservation tax credit from $450,000 to $10 million a year was gutted and sent to a summer study committee. The current program is backlogged and ineffective, preservation officials say.

Farm trespassing: Legislation often referred to as the ag-gag bill was scaled back considerably before receiving Pence’s signature. It makes trespassing on the production area of a farm a criminal offense and causing property damage to a farm an act of criminal mischief.•