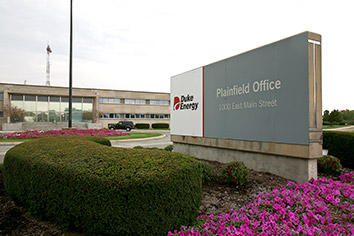 The office said Duke's seven-year plan, proposed in August, includes spending not allowed in a rate-increase request, including radio system replacements, vegetation removal projects and a proposed $3 million energy learning center. It also faults Duke for not providing as much detail as Northern Indiana Public Service Co. and Vectren Corp. when they sought approval for similar projects.

"The information we found in Duke Energy's filings does not meet the statute's requirements, while also falling short of the standards established in previous cases involving the approval of other utilities' plans," consumer counselor David Stippler said.

Duke spokeswoman Angeline Protogere said the North Carolina-based company has provided hundreds of pages of documentation about its plans and has responded to about 500 information requests from the consumer counselor and others.

"Our electric grid is aging and many components need to be updated and replaced," she said. "This plan is about modernizing our electric grid and bringing our system into the 21st century."

If the Indiana Utility Regulatory Commission approves the plan, Duke says its roughly 800,000 Indiana customers would see rate increases averaging about 1 percent a year between 2016 and 2022.

Under a plan submitted to the IURC, Duke's proposed technology and infrastructure upgrades would reduce power outages to customers, it said.

Using so-called “self-healing” systems, the grid could automatically detect problems such as a downed power line and then reroute the power to minimize the number of customers affected.

The reliability of the system also would be improved by updating and replacing infrastructure such as substations, utility poles, power lines and transformers.

Other advantages would include advanced meters that can report customer usage automatically, eliminating the need for in-person, walk-by meter reading and estimated billing when homeowners’ properties can’t be accessed.

The new meters also would provide more data to customers about their usage, which could be used to better manage their consumption.

Duke Energy Indiana generates, transmits and distributes electricity in central, north-central and southern Indiana—with the exception of Indianapolis and portions of some surrounding communities, which are covered by Indianapolis Power & Light Co.

"It's a lot of money coming from ratepayers," Olson said. "Duke has not met their legal burden of proof in showing what precisely these improvements are and how they will benefit the ratepayer."

A state utility commission hearing on Duke's request is scheduled to begin Dec. 18, with a March 27 decision deadline.